What Ontario needs to do to reduce auto insurance costs

If Ontario motorists want lower insurance rates, the government will have to take a harder line on distracted driving, a former Ontario civil servant said Monday.

Fraud in the collision repair industry and distracted driving are among the issues that “need to be addressed” if Ontario auto insurers want to reduce the amount of money paid out on claims, said Willie Handler, principal of Willie Handler and Associates, in an interview Monday. 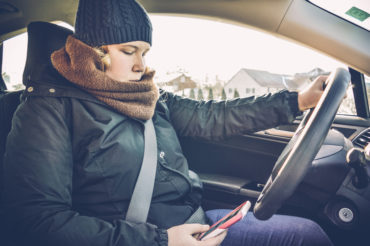 Handler is a former Ontario public servant who worked for 20 years on auto insurance regulation.

In Ontario, the maximum fine for distracted driving is $1,000. “I am in favour of much tougher enforcement,” Handler told Canadian Underwriter during an interview on the provincial election, scheduled this June.

Ontario should treat distracted driving the same as blowing a “warn” on a roadside alcohol test, Handler suggested Monday, adding Ontario should roll out roadside suspensions and vehicle impoundment of motorists caught driving while distracted. “If they impounded the car for 24 hours or three days, I think that might stop the behaviour,” said Handler.

Canada’s public insurers have all announced recent efforts to crack down on distracted driving.

In Saskatchewan, drivers convicted of a second time in a year of holding, using, manipulating or viewing a handheld electronic device face a vehicle impoundment of seven days.

In British Columbia, drivers convicted twice over a three-year period of using electronic devices while driving could be forced to pay up to $2,000 in penalties to Insurance Corporation of B.C., the province’s government monopoly insurer.

The Manitoba government announced Monday it plans to  introduce three-day license suspensions for motorists caught driving while using handheld electronic devices. The suspension would be seven days for a second offence.

What is pushing up auto rates now are “things that David Marshall did not look at,” Handler said Monday, referring to distracted driving and fraud in the collision repair industry.