At a news conference held by the Ontario Association of Chiefs of Police in Toronto on Tuesday, Ontario Provincial Police Chief Supt. Chuck Cox said it’s fair to assume based on other jurisdictions’ experiences that drug-impaired driving will go up once recreational pot is legal, and police will need to train more officers to detect drug impairment. 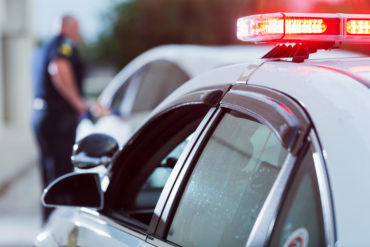 That, Cox said, can be costly.

Police have been one of the key holdups in legalizing recreational cannabis: the Liberals initially promised to legalize it by July, but now say the deadline will be pushed back by several weeks, in part to give police authorities time to prepare for the new law.

“Federal and provincial legislation has and is being developed that will act as a deterrent and provide police with the powers to properly investigate and arrest drug-impaired drivers,” Cox said. “However, it is unclear how legalization will impact police from a day-to-day operations, including how it will impact, of course, police budget.”

He went on to say that while some officers are already trained in how to recognize drug impaired driving, forces may need more officers who are qualified drug recognition experts and certified to perform standardized field sobriety tests.

In September 2017, the federal government pledged up to $161 million for training frontline officers in how to recognize the signs of drug-impaired driving, building law enforcement capacity, providing access to devices that help with drug screening, bolstering research and raising public awareness about the dangers of driving high.

Of that money, $81 million is to be provided to the provinces over the next five years, specifically for law enforcement training and building up capacity.

At the same time, the feds committed $113.5 million to Public Safety Canada, the RCMP and the Canada Border Service Agency for cannabis-related enforcement.

“As of May 8, there are approximately 743 Drug Recognition Experts in Canada,” a spokesman for Public Safety Minister Ralph Goodale said in an email, adding that the RCMP and provincial partners are aiming to train 150 more each year for the next five years.

“As DRE certification sites expand across the country, that number may further increase,” he wrote.