Evidence presented in an Ontario court shows “a fundamental difference of opinion between automotive recyclers” and police about “legitimate” reasons for transferring vehicle identification number (VIN) plates from one vehicle or part to another, the Court of Appeal for Ontario suggested in a recent decision. 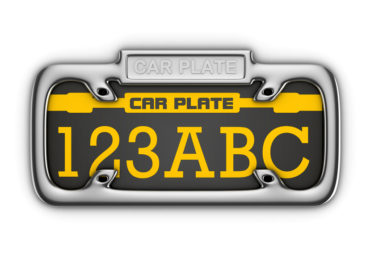 Police “identified vehicles that had been sold as salvage by insurance companies and registered to Central,” wrote Mr. Justice Russell Juriansz, on behalf of the Court of Appeal for Ontario, in a ruling released Sept. 2. “They found that Central had purchased parts that appeared to be from stolen vehicles because the VIN plates and labels had been removed. The labels and VINs from the salvage vehicles were affixed to the suspected stolen parts. The police identified at least three such vehicles. These vehicles had their public VIN numbers glued, rather than riveted, in place.”

Mercuri was later charged with 11 counts of possession of stolen property. Eight of the charges were withdrawn and Mercuri was later acquitted of the other three, Justice Juriansz noted in the ruling, which was on Mercuri’s lawsuit against police and not on the criminal charges against Mercuri.

After being acquitted, Mercuri sued Frank Barclay (the investigating officer) and City of Thunder Bay Police Services Board. The lawsuit is cited as 495793 Ontario Ltd. (Central Auto Parts) v. Barclay.

Mercuri was initially successful but the Court of Appeal for Ontario ruled largely against Mercuri.

In a ruling released June 10, 2014, Madam Justice Helen Pierce of the Ontario Superior Court of Justice found that police “failed to meet the standard of care,” Justice Juriansz wrote. Justice Pierce ruled that the police, among other things, “failed to familiarize themselves with the auto recycling industry practice” and “failed to consider, document, investigate and disclose innocent explanations or indicia of innocence.”

Mercuri was awarded $200,000 for humiliation and worry. He and his firm were also awarded damages of more than $1 million for loss of income from 1999 through 2008.

The lawsuit “was replete with technical aspects of both legal and factual issues, such as what is a VIN; what parts of a vehicle constitute a ‘motor vehicle]’ under the [Criminal Code of Canada]; what parts contain a VIN; and the legitimate reasons in the auto recycling industry for transferring a VIN,” Justice Juriansz noted. “The evidence disclosed a fundamental difference of opinion between automotive recyclers and the police about these matters.”

Justice Juriansz added that the Ministry of Transportation of Ontario “introduced and implemented a ‘branding program’ for rebuilt vehicles between 1998 and 2003.”

In 2014, Justice Pierce had noted that MTO and the police  “were at odds about the process for re-vinning vehicles and that there was certainly confusion about what steps to take.”

Among other things, the Court of Appeal for Ontario ruled that Justice Pierce, in finding police negligent, had “erred by deciding the content of the standard of care without expert evidence.”

Without expert evidence, “there was no basis for determining the appropriate content of the standard of care of a reasonable Thunder Bay police officer conducting a specialized investigation into stolen auto parts, and consequently no basis upon which the trial judge could find that the standard had been breached,” the Court of Appeal for Ontario found.

The appeal court set aside the Superior Court of Justice’s ruling, except for an award of $70,000 for the loss of property improperly stored by the police.

“Police officers must receive special training to conduct auto theft investigations, including learning how vehicles are marked with vehicle identification numbers, or VINs,” Justice Juriansz wrote. “Each vehicle has a VIN and each character of the VIN conveys information, such as the make and year of the vehicle and where it was built. Public VINs are found on dashboards, but labels on other parts, such as doors and glove boxes, also disclose the vehicle identification information.”

Vehicles also have confidential VINs, or CVINs, “which are located in places not known to the public but disclosed by manufacturers to police officers under an agreement of confidentiality,” Justice Juriansz added. “Police are trained to look for inconsistencies between the VINs on different vehicle parts, and missing or altered VINs. VIN plates are often attached with rosette rivets, so police are also trained to look for VIN plates that have been glued on, indicating they may have been removed and reattached.”

Court records indicate that in early 1997 two police informants were referred to Barclay.

“One of the two informants was a former employee of Central,” Justice Juriansz wrote. “Officer Barclay met with the first informant, who advised that vehicles stolen in Quebec were coming into Thunder Bay.”

A second told police he had “made a trip from Thunder Bay to Winnipeg to transfer a car” which “later became a part of the police investigation.”

In her 2014 ruling against the police, Justice Pierce “placed a great deal of weight on the police’s lack of understanding of what she found to be standard practices in the auto recycling industry,” Justice Juriansz wrote. “The standard practices in the local auto recycling industry, as described by several witnesses at the civil trial, may have established that individuals in the local industry could offer innocent explanations for the removal or reattachment of VIN and certificate information, but was not sufficient to conclude that the police investigators were negligent.”

The Court of Appeal also noted that one provision of the Criminal Code of Canada – relating to possession of a stolen motor vehicle or part with a VIN that has been removed or obliterated – was struck down as unconstitutional, in 1983, by the Court of Appeal for Ontario.

(a) the commission in Canada of an offence punishable by indictment; or

(b) an act or omission anywhere that, if it had occurred in Canada, would have constituted an offence punishable by indictment.

That is the section under which Mercuri was originally charged.

(a) by the commission in Canada of an offence punishable by indictment; or

(b) by an act or omission anywhere that, if it had occurred in Canada, would have constituted an offence punishable by indictment.

In 1982, that provision was in section 312 (2) of the Criminal Code. That year, Gregory Lindsay Boyle possessed a 1973 Harley-Davidson motorcycle with a front end that was from a newer model. The serial number on the front end was obliterated and Boyle was charged under the Criminal Code. He was initially committed to trial. On appeal, Boyle’s committal to trial was quashed. Boyle argued that Section 312 (2) violated his right, under section 11 (d) of the Canadian Charter of Rights and Freedoms, to a fair trial.

In ruling against the police, Justice Pierce found in 2014 that the police investigating Mercuri “failed to understand the purpose or the scope of the Criminal Code or the case law relevant to their investigation.”

However, Barclay’s testimony “was clear that he did conduct the investigation on the basis of the need to prove and not just presume knowledge” Justice Juriansz wrote. “The course of the investigation is consistent with this.”