A bill that will make it mandatory for some Ontario employers and workers to contribute towards a public pension plan passed third reading Thursday. 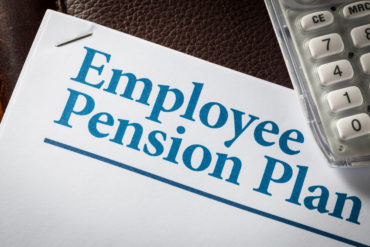 Bill 186, Ontario Retirement Pension Plan Act (Strengthening Retirement Security for Ontarians) – was originally tabled April 14 by Mitzie Hunter, the province’s Liberal associate minister of finance. The only remaining step for the bill to become law is for it to receive royal assent.

Bill 186 was opposed by Insurance Brokers Association of Ontario due to the payroll cost it will impose on small businesses who do not have existing employee retirement plans that are considered “comparable” to ORPP.

After hearings last month by the legislature’s standing committee on social policy, Bill 186 was tabled Wednesday for third reading June 1.

Once ORPP takes effect, employers and employees will contribute a total of “up to 1.9% [each] of their earnings on a maximum annual income of $90,000,” Hunter told fellow MPPs Wednesday at Queen’s Park in Toronto.

The province is committed to “begin enrolling employers in the ORPP in January 2017, with contributions starting on January 1, 2018, for large and medium-sized employers,” Hunter added. “Small employers will have until 2019 before they begin making contributions. For all three groups, contributions will be phased in over three years, starting at 0.8% in the first year, 1.6% in the second year and, finally, 1.9% in the third year.”

ORPP was first announced in May, 2014 – by Finance Minister Charles Sousa – when he tabled the 2014-15 budget. Sousa noted at the time that more than two-thirds of Ontarians do not have a pension plan.

IBAO understands “the good intentions behind the rationale to enhance retirement incomes, but our members have expressed quite loudly and clearly they cannot support the planned ORPP,” Michael Brattman, then president (and now chair) of IBAO told Canadian Underwriter in March of 2015. “The additional cost to the brokerage business in Ontario will be particularly onerous, given the combined 15% auto rate reduction, the full effect of which is just now hitting the market.”

At the time, the ruling Liberals had not announced which employer-sponsored pension plans would be considered “comparable,” meaning employers would not have to enroll their workers in ORPP.

Since then, the Liberals decided to include “defined benefit plans with an annual benefit accrual rate of at least 0.5%” and “defined contribution plans which have a minimum total contribution rate of 8%, with employers contributing at least half that amount,” as workplace retirement plans that would be considered comparable to ORPP, suggested Chris Ballard, Liberal MPP for Newmarket-Aurora, on May 2, 2016 during debate of Bill 186.

IBAO initially opposed ORPP “but then we were saying, ‘as a minimum you should also accept defined contribution, not just defined benefit plans,'” said Jim Murphy, then chief executive officer of IBAO, in an interview earlier this year with Canadian Underwriter.

“A defined contribution pension of 8%, split equally then between the employer and the employee at 4%, may be greater than most pensions – many are at 3% and 3%,” Julia Munro, the PC party’s ORPP critic (and MPP for York-Simcoe) told the legislature June 1. “An employer has to make a decision, obviously with his employees, if he’s going up or he’s going down, or opt out into the ORPP where people have no choice and they have no say in what happens to their money. So these are serious questions that people need to understand in understanding how complex this is and what it really means for them.”

IBAO is “opposed to the program and its cost on small business,” Murphy told Canadian Underwriter this past February, adding that IBAO supported the government’s decision to delay the collection of contributions to 2018.

With the delay in implementation and the decision to exempt some employers with defined contribution plans, the government “was listening to the input it was receiving from businesses, and small businesses like insurance brokers, but we still have a concern with it,” Murphy (who is no longer IBAO’s CEO) said earlier.

“It’s interesting, in the conversations that I had with employers – and this has been a piece that has been around for almost two years – the employers would say to me, ‘Oh, that’s a great idea,'” Munro told the legislature June 1. “And then I’d say, ‘Well, you will be 50% of the contribution.’ ‘Oh, no, I can’t afford to have 1.9% for every employee.’ And employees themselves, when they discovered that they had to make a contribution of that nature, were equally concerned. When people began to look at what 1.9% meant to them and their business, in many, many cases, people realized that they had to find the money somewhere, and the somewhere would be fewer hours-cutting hours for employees-or, in fact, laying off workers.”

Some critics believe defined-contribution plans should not be considered comparable to ORPP.

“There are good [defined contribution] plans out there, but even the good ones do not provide a steady, guaranteed stream of retirement income, and therefore they cannot provide the stable benefit of a defined benefit plan,” NDP pensions critic and Oshawa MPP Jennifer French told the legislature June 1. “They aren’t comparable. They aren’t [defined benefit] plans, so they shouldn’t be considered comparable.”

Many employer pension plans are “comparable to or better than the ORPP, and these employers wanted the flexibility built into the plan to ensure that they were able to continue to offer a superior pension plan, they thought, to their employees,” said Kathryn McGarry, Liberal MPP for Cambridge and a member of the standing committee on social policy. “So that is built into Bill 186.”

The social policy committee heard May 16 from several speakers, including two from the Canadian Institute of Actuaries.

The design of the ORPP “is not targeted toward middle-income earners, who have the greatest need,” the institute’s Ian Edelist told the committee.

“Low-income earners are required to contribute with a minimum earnings threshold of $3,500, as defined in section 15 of Bill 186,” Edelist said May 16. “Studies have shown that the current public retirement system maintains or exceeds low earners’ standards of living before retirement. Contributing to the ORPP for those low earners will merely result in a significant portion of their Guaranteed Income Supplement being clawed back.”

But there has “been a decreased interest” among employers in pension plans, added Michel St-Germain of the Canadian Institute of Actuaries.

“That’s one of the reasons why we acknowledge the need to transfer some of the pension responsibility to the government, simply because employers are unwilling to take on that responsibility,” St-Germain told the committee.

Also addressing the committee was Alex McKinnon, director of research of the Canadian national office of the Pittsburgh-based United Steelworkers labour union.

He said the government should “reconsider” the exemptions for comparable employee pension plans.

“Compliance with the ORPP will be difficult and costly to enforce, a problem that’s not found with the [Canada Pension Plan),” Hahn said May 16. “The complex rules for determining if a workplace plan is comparable will create confusion, real or feigned, within the business community. The education that will need to go into informing employees and employers of their rights and obligations will come at a cost and an investment of time. There is also a risk that these educational efforts will fail in some cases, leading to non-compliance.”

In 2015, the provincial government created ORPP Administration Corp., which Hunter said “is the independent, arm’s-length body that will be responsible for administering the pension plan and managing the plan’s investment for its beneficiaries.”

Hunter added that contributions “will not form part of the government’s consolidated general revenues” but will instead “be held in trust by the ORPP Administration Corp.”

Munro said it is estimated that ORPP Administration Corp. will incur $800 million in administration costs during its first years.

“The administration costs of the pension plan are expected to range between $130 and $200 per member, per year, so a worker who contributes $800 per year will lose up to 25% of their contributions off the top in fees alone,” Munro claimed. “Ontarians won’t be saving more; they will just be losing more off their payroll stubs.”