Ontario’s Ministry of Advanced Education and Skills Development announced on Friday that the province is kicking off a global search for its first Chief Digital Officer (CDO) to lead Ontario’s “transformation to become the most open, transparent and digitally connected government in Canada.” 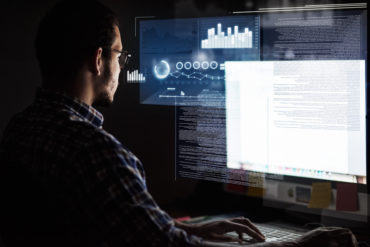 The CDO – first announced in Ontario’s 2016 Budget – will head up Ontario’s Digital Government Office and serve as chair of the province’s first digital government board and partner with people across government and communities to lead the transformation, the ministry said in a press release on Friday.

The ministry said that the position, based in Toronto, is a Deputy Minister-level position and the CDO will report to the Secretary of the Cabinet and head of the Ontario Public Service, and to Ontario’s first Minister Responsible for Digital Government, Deb Matthews. Matthews is already the Deputy Premier and Minister of Advanced Education and Skills Development.

The CDO will have the “important job of setting and executing a bold vision for Ontario through its Digital Government Action Plan – the province’s roadmap for change,” the release said. “This digital transformation will put people first and design faster, cheaper, and more convenient services using modern and emerging technologies.”

Digital channels are the most common ways people seek out government information in Ontario, the ministry reported, noting that in 2014, 74% of people visited a website, compared to 13% who wrote a letter to a government department or agency.

“Public expectations have been shaped by their experiences using private-sector digital services, and we want to meet – or exceed – those expectations,” Matthews said in the release. “This is a one-of-a-kind senior executive opportunity to reinvent government for the digital age.”

The CDO job posting, closing on July 29, can be found at https://www.ontario.ca/page/chief-digital-officer.

“This is a one-of-kind senior executive opportunity to reinvent government for the digital age, to partner with all parts of a 60,000+ person organization, to ignite disruption and innovation, to mobilize new ideas, measure performance, and build upon success – in one of the best places to live in the world,” the posting said.