Ontario Premier Kathleen Wynne has announced that she intends to introduce legislation that, if passed, would give municipalities the power to introduce automated speed enforcement (ASE) technology in school and community safety zones. 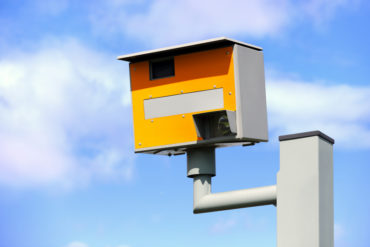 According to a press release issued on Tuesday by the Ministry of Transportation of Ontario (MTO), these legislative measures, announced by the Premier on Tuesday, would include:

“We have seen too many injuries and deaths caused by drivers who speed and endanger people’s lives,” Wynne said in the release. “Our intent is to give municipalities more tools to help keep people safe on our roads.”

According to the MTO, “speed is one of the biggest killers on Ontario’s roads;” 14% of all people killed on Ontario roads in 2013 died in collisions in which speed was a factor. In addition, in 2013, approximately three out of every four speed-related collisions occurred on municipal roads. The MTO also reported that studies have shown that lowering the speed limit from 50 kilometres per hour to 40 km/h in urban areas would reduce the number of deaths by half.

The release said that “Ontario has heard from municipalities seeking to improve safety in their communities in the wake of collisions involving children, seniors, other pedestrians and cyclists and is proposing these changes as a result.”

The Canadian Press has reported that the provincial government intends to introduce legislation in the next two weeks. The announcement was made in Ottawa, one of the municipalities that had been asking for speed enforcement tools, along with Toronto and Hamilton. According to Wynne, the city of Ottawa has seen about 150 people die between 2010 and 2014 “and in many of those situations, speed was a factor,” the Canadian Press said.

Revenue from the fines issues to speeding drivers will stay with the municipalities, Wynne added.

In a statement on Wednesday, the Ontario Trucking Association (OTA) said that it will be working with its members and the province of Ontario to ensure that, “should this legislation pass, it attempts to deal with problematic issues associated with photo radar and concerns of the trucking industry, including issues associated with vehicle and trailer ownership and the payment of fines.”

In June 1998, Bill 26, the Highway Traffic Amendment Act (Community Safety Zones), was passed, giving municipality councils certain powers to designate a part of a highway under its jurisdiction as a community safety zone if – in the council’s opinion – public safety is of special concern on that part of the highway, the OTA said.