October 21, 2020   by Shawn Jeffords and Liam Casey -THE CANADIAN PRESS

TORONTO – Health-care workers, businesses and non-profits could receive liability protection against COVID-19-related lawsuits under legislation proposed by the Ontario government Tuesday, but critics said the bill would result in extra protection for long-term care providers who failed residents during the pandemic.

Attorney General Doug Downey said that if passed, the proposed law would ensure that anyone making an “honest effort” to follow public health guidelines while working or volunteering would not be exposed to liability.

He noted, however, that the bill would not prevent lawsuits against those who willfully or through “gross negligence” endangered others during the pandemic.

“This is not going to help anybody who’s a bad actor, people who ignore the public health guidance,” he said. “This is really to help those who are doing things in good faith.”

The government said health-care workers and institutions, front line retail workers, charities, and non-profits would be covered by the bill. The legislation would also cover coaches, volunteers and minor sports associations, and would be retroactive to March. 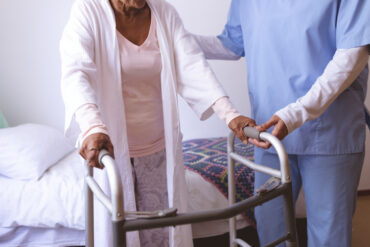 In terms of long-term care providers, Downey said the bill would cover those who saw “inadvertent transmission” of COVID-19 in their facilities.

“Those who act in good faith and make honest efforts will receive a level of protection,” Downey said.

“But this will not help people who are being sued for wrongful death, assault and battery, or failure to provide necessities, or fraud or charter violations, or trespass to the person.”

The Ontario Long-Term Care Association, which represents more than 70 per cent of nursing homes in the province, has been asking for such measures for months, CEO Donna Duncan said.

The proposed law will not absolve any provider of responsibility when it comes to issues of gross negligence, she said.

“Liability protection is a necessary measure to stabilize and renew Ontario’s entire long-term care sector,” Duncan said in a statement. “Without it, many insurance companies will cease coverage, as they have already begun to do, putting homes across the province at risk and jeopardizing their expansion and renewal.”

COVID-19 has killed 1,907 long-term care residents since the pandemic began. There has been a recent surge of cases in the second wave, with 87 homes currently experiencing outbreaks.

Dozens of homes across the province face numerous lawsuits, including several class-action suits with unproven claims in the hundreds of millions of dollars.

The Insurance Bureau of Canada said it supports the legislation, which it called balanced and responsible.

Related: Some long-term care homes can’t get insurance, could be forced to close: association

Steve Kee, a bureau spokesman, said the legislation illustrates the government’s support for entrepreneurs and hardworking Ontarians as they focus on getting through the COVID-19 threat.

“Today’s legislation is intended to protect the good actors – those who follow public health guidelines – from certain civil liability,” he said in a statement.

“As tabled, it would not protect bad actors against other legal consequences, including criminal charges.”

“Losing a loved one during this pandemic because of mistreatment and lack of attention is already devastating to families, but having them die in vain will be even worse if they can’t seek justice for them,” Smitiuch said.

He said the government is essentially “raising the bar” on negligence to a “high degree of negligence.”

“This will create an unnecessary layer of protection for bad actors,” Smitiuch said. “These changes will help insurance companies save money and will hurt victims and their families.”

NDP Leader Andrea Horwath said she was shocked by the new bill and that if a long-term care home failed in its duty to protect a resident, it should be liable.

Green party Leader Mike Schreiner said he is concerned that the bill will protect the “bad actors” the government says will still be held accountable.

“Negligent long-term care homes do not deserve a ‘Get out of Jail Free’ card for the lives that were stolen on their watch,” he said in a statement.

Feature image: A man walks into the main entrance to St Joseph’s Health Centre in Toronto, Monday, Oct. 19, 2020. The hospital has declared an outbreak of COVID-19. THECANADIAN PRESS/Frank Gunn

More News
Related
Contactless payment in a pandemic: There’s an app for that