Add $87 million to the more than $2.1 billion that the Canadian property and casualty insurance industry has paid out in claims thus far in 2020.

An Ontario windstorm in November hit the Greater Toronto Area, the areas of Hamilton, Niagara and Muskoka, and the Lake Erie and Lake Ontario shorelines, causing $87 million in insured damage, according to a release Monday from Insurance Bureau of Canada (IBC), citing figures from Catastrophe Indices and Quantification Inc. (CatIQ).

Most of the insured damage was to personal property. Wind gusts from the storm exceeded 100 kilometres per hour, with localized heavy downpours causing extensive lakeside flooding. A tornado in Georgetown packed 135 km/h wind speeds, damaging many trees and some roofs.

A day after the storm, claims adjusters told Canadian Underwriter that they were watching to see if the overnight storm met the $25-million threshold of a catastrophe. 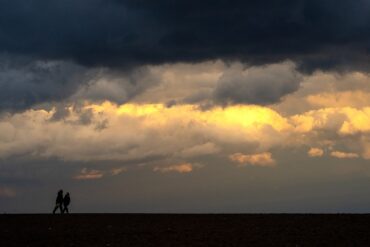 “We don’t believe this event is anything close to windstorms that occurred early May 2018,” Kumar Sivakumaran, vice president of natural operations & business development with ClaimsPro, said at the time, referring to the storm in southern Ontario and Quebec that cost insurers over $600 million. “There are going to be some exposures, but not significant.”

From 2009 to 2019, national severe weather losses across the country averaged about $1.9 billion annually, according to IBC. In the decades before that, between 1983 and 2008, the average yearly total for severe weather events was $422 million.

“We continue to see the devastating consequences of severe weather events that are happening more frequently and with greater intensity,” said Kim Donaldson, vice president of IBC’s Ontario region. “In particular, storms with severe winds that cause flooding are becoming more common. While IBC is able to report on the insured damage from these storms, which is significant, the total economic cost to all stakeholders and governments, and the personal loss to homeowners, is even greater.”