Ontario’s Ministry of Transportation (MTO) announced on Monday that it is launching “the first automated vehicle (AV) pilot program in Canada,” led by the University of Waterloo, the Erwin Hymer Group and BlackBerry QNX. 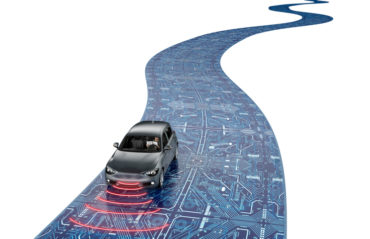 The pilot brings together a range of expertise from the research, manufacturing and technology sectors to “advance innovation and capability in Ontario’s AV sector,” the MTO explained in a statement.

The participants include the WATCar Project at the University of Waterloo’s Centre for Automotive Research, which will monitor a Lincoln MKZ for performance and test it on-road at different levels of automation; the Erwin Hymer Group, an international auto manufacturer active in the Kitchener-Waterloo, Ont. tech and innovation corridor, which will test and monitor a Mercedes-Benz Sprinter van at different levels of automation; and BlackBerry QNX, a Canadian global software development company and subsidiary of BlackBerry, which will test a 2017 Lincoln with automated features.

Related: Ontario announces plans to test automated vehicles on roads in the province

On Jan. 1 of this year, Ontario created a pilot regulatory framework to test automated vehicles on its roads. The province has also provided $2.95 million in funding to support the province’s industry and academia through the Ontario Centres of Excellence Connected Vehicle/Automated Vehicle Program.

“Ontario’s innovation ecosystem, with leading clusters in automotive, information technology, and cleantech, makes the province the ideal location to develop the disruptive technologies – like this AV pilot – that will shape the future of the industry,” said Brad Duguid, Ontario’s Minister of Economic Development and Growth, in the statement.

Automated vehicles are driverless or self-driving vehicles capable of detecting and navigating the surrounding environment, and have the potential to help improve road safety and fuel efficiency, as well as reduce traffic congestion and greenhouse gas emissions, the statement noted. According to a forecast from the Institute of Electrical and Electronics Engineers, autonomous vehicles will account for 75% of all vehicles on the road by 2040.