Why open reinsurance markets are best for Canada

With the lion’s share of Canadian insurers’ reinsurance coming from outside of Canada, protectionism in the insurance space would not be good for consumers, a lawyer told Canadian Underwriter last week. 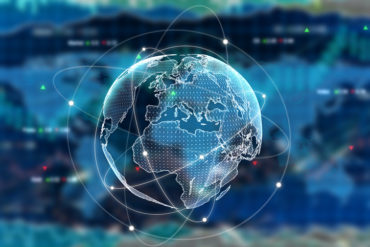 Some nations – including Thailand, India, China – have “restrictive rules” that privilege domestic reinsurers over foreign reinsurers that not based in those countries, said Bill Marcoux, New York City-based global head of the corporate insurance transactions and regulatory practice for law firm DLA Piper.

“You see protectionism in the reinsurance area, unfortunately, on a growing basis,” Marcoux said in a phone interview Friday. He spoke recently in Montreal at the Meeting of Reinsurance Officials, where protectionism was among the topics.

Canada’s reliance on foreign reinsurance capital means it would be wise for the country to avoid protectionism in the reinsurance sphere.

Canada is dealing with “unprecedented natural catastrophe losses,” including hail, flood, wildfire, wind storm, Marcoux observed. A.M. Best Company Inc. reported in late 2016 that most of the cost of the Fort McMurray wildfire (about $4 billion Canadian) was borne by European reinsurers.

Having “open insurance and reinsurance markets are really pro consumer,” Marcoux said Friday, because Canada then has access to foreign reinsurers’ capital and expertise to pay for catastrophic losses. “It’s the global reinsurers who know how to price these catastrophe losses,” he said. “The underwriting expertise and the capital available to reinsure [large catastrophe] losses are going to be outside Canada. Canada should be concerned about having open markets so they can access them.”

Marcoux said the renegotiation of the 24-year-old North American Free Trade Agreement is “not very likely” to place additional restrictions on reinsurance.

NAFTA eliminated tariffs on some goods sold among Canada, the United States and Mexico. International trade representatives from each of the three governments are renegotiating the deal amid concerns from U.S. President Donald Trump that Americans are losing jobs due to imports.

The trade issue the Trump administration has raised has more to do with manufacturing and the import/export of goods, as opposed to financial services such as reinsurance, Marcoux said. He said he suspected neither Canada nor the United States want regulations on how reinsurers should hold their capital, for example, to be “put in the same agreement that talks about steel import quotas and the like.”

More News
Related
Landscaping ‘absolutely key’ to reducing wildfire risk: ICLR
Canadian industry underwriting income down 81% in 2016: MSA
Combined ratio for Canadian insurance industry in Q1 2017 estimated at 101.3%, up from 94.7% in Q1 2016: Baker
Which insurers were hit hardest by the third-quarter hurricanes?

1 Comment » for Why open reinsurance markets are best for Canada