Opinion: COVID is nasty and impactful, but it’s not a Black Swan

Since the “black swan” metaphor was coined in the 2007 book of the same name, it has become fashionable to label virtually all low probability/high impact events black swans.

But the danger of making an occurrence like the COVID-19 outbreak appear to be astronomically rare is that we will treat it as such and fail to prepare for the next pandemic. What’s more, those accountable for this preparation will dismiss their blatant failures because of the perceived exceptional nature of the event.

What is a black swan?

In The Black Swan, written by professor, statistician and former options trader Nassim Taleb, the author explains how an event can come to be named a black swan: “First, it is an outlier, as it lies outside the realm of regular expectations, because nothing in the past can convincingly point to its possibility. Second, it carries an extreme ‘impact.’ Third, in spite of its outlier status, human nature makes us concoct explanations for its occurrence after the fact, making it explainable and predictable.”

So, by their very nature, black swan events are quite exclusive. They must be, because if next to everything is a black swan, then nothing is.

But this still leaves the question: Can COVID-19 be considered a black swan?

Let’s look at some of the facts and place them against the three attributes set out by Taleb.

Attribute One:  Is the COVID pandemic an outlier? 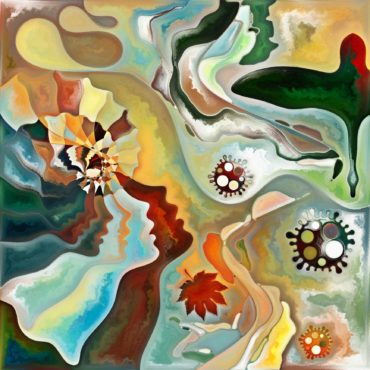 History shows that infectious diseases, epidemics and pandemics, have been the Number 1 mass killers of people, outperforming even natural disasters and wars (indeed, more people died from the 1918 flu outbreak than died in the First World War).

That pandemics break out from time to time is well-known and well-documented.

So, too, are warnings about the “next” outbreak. Says journalist Ed Yong in The Atlantic: “In recent years, hundreds of health experts have written books, white papers and op-eds warning of the possibility. Bill Gates has been telling anyone who would listen, including the 18-million viewers of his TED Talk. In 2018, I wrote a story for The Atlantic arguing that America was not ready for the pandemic that would eventually come.”

Both George W. Bush (in November 2005) and Barack Obama (in December 2014) warned of the next pandemic in speeches at the National Institutes of Health.

Seven days before Donald Trump took office on Jan. 20, 2017, his aides and outgoing Obama administration officials were briefed on a table-top exercise that played through the outbreak of a fictious virus similar to COVID.

Similarly, in 2019, the Trump administration’s own Department of Health and Human Services carried out a pandemic simulation tagged as “Crimson Contagion.”

So, can we say in all fairness and honesty that no one saw the possibility of COVID-19 coming?

Taleb’s second requirement is that the event must have a major impact.

Though COVID-19 is not anticipated to have an impact even remotely close to that of the 1918 flu outbreak (at least 50 million deaths), no question the current pandemic has had — and will continue to have — an extreme impact both on people and on national economies.

Attribute Three:  Is it, or will it be, normalized after the fact? 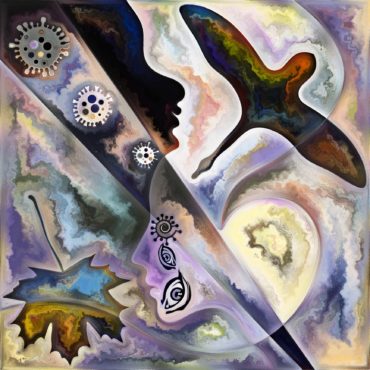 The concept of “normalizing” a large event — by rendering it explainable or predictable in hindsight — completes the three criteria and makes it a black swan. However, this element seems quite arbitrary, raising several questions:

Who is qualified to normalize an event in this manner?

How can we know if an event is normalized unjustly or if the normalization is legitimate?

Can important comments by journalists like Bryan Walsh (“COVID-19 could not have been more predictable” and “COVID-19 marks the return of a very old — and familiar — enemy”) and Yong (“A global pandemic of this scale was inevitable”) be effectively neutralized by dismissing them as mere attempts to normalize or brush off the current crisis?

Since we are still in the midst of the current pandemic crisis, we do not yet know whether the COVID-19 pandemic will be normalized.

In the study of natural hazards, the chances of a flood, earthquake or hurricane happening in any given period in a given place is expressed in terms of probability. For example, the probability of one in 100 years for a flood means that there is a 1% chance of a flood affecting a given area in any one year.

However, if you carry that same probability over a longer time frame — say over the life of a mortgage, or for the time residents plan to stay in a home (let’s say it’s 30 years) — the probability of a one in 100 flood hitting that house goes from 1% per year to 26% over the course of the mortgage — greater than one in four odds.

In a 2018 research study, investigators made the assumption that the probability of a pandemic of a certain level occurring is one in 100, or 1% in any given year. So, just as with a flood, when calculated for a 30-year period, there is greater than a one in four chance of a pandemic occurring. Carrying the odds over 50 years means there is almost a 40% chance of a global outbreak.

The subtitle of Taleb’s book is “The impact of the highly improbable.” But an event like COVID-19 is not all that rare. Indeed, history is replete with such events; there have been numerous warnings from many sources; and the mathematical odds of an occurrence are not all that remote.

Indeed, Taleb recently weighed in on the question of whether COVID-19 is or isn’t a black swan.