Opinion: Why the specialty aviation market may soon be taking off

Last year was challenging for aviation insurers’ customers but there are many signals that it may be wheels up towards a recovery. While there is increasing demand for regional airlines, that doesn’t mean it’s clear skies for challenges.

The airline sector went into a tailspin following the suspension of international travel due to COVID-19. In Canada, this has seen the major airlines cut swathes of jobs, remove hundreds of routes and mothball aircraft.

Up until the pandemic hit hard in March last year, aviation insurance rates had been rising consistently across the board after years of a soft market. This upward trend had been driven by the withdrawal of some major insurance players and a move towards increased quota-share arrangements by existing carriers to spread the risk. Claims costs had also however been on the rise.

Insurance rates are expected to continue to harden over the next two years but claim frequency has plummeted in the wake of the pandemic with so few aircraft in the air. On some days, there have been zero Transportation Safety Board notifications of aviation incidents or accidents — something that was previously extremely rare.

Increasing premiums and falling claims is a scenario that normally results in an uptick in capacity keen to see a quick return. That said, as soon as flights return to previous volumes, claims will come rushing in. During the early days, we may well see claims increase above normal levels due to pilots having become rusty in the interim. There is a vast difference between training and the intuitiveness gained from flying every day.

Insureds are also in a vulnerable position, as they grapple to keep their businesses going in the wake of grounded aircraft and disappearing revenue. 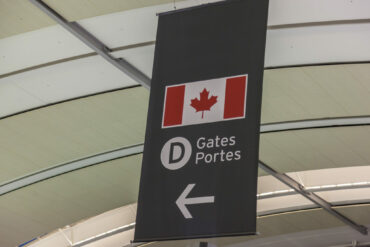 Whichever way you look at it, the impact of the pandemic on the aviation sector has been dramatic. Earlier this year, Air Canada confirmed it was further reducing flight capacity by 25% for the first quarter of 2021 and cutting 1,700 jobs and then a subsequent 1,500 cuts. This is on top of the previously announced 20,000 staff already laid off or on furlough since the start of the pandemic. WestJet also announced a significant reduction in its flight capacity for the first few months of the year.

In April, the federal government agreed to provide Air Canada with low-interest loans worth up to $5.4 billion and to take an equity stake in the company by purchasing $500 million in stocks — but with strings attached. Air Canada has agreed to refund customers who had their flights cancelled last year because of the COVID-19 pandemic, but, more importantly, the airline has agreed to restore flights on nearly all suspended regional routes. Similar deals for other airlines are also expected.

The issue of regional routes is an important one. The fall in international flights for the major airlines as a result of COVID-19 saw them implement a sharp reduction on less profitable domestic flights — routes that are vital for connecting much of Canada’s spread-out population. However, every challenge creates an opportunity. The gap left by the major airlines creates potential business for the smaller general aviation market that our local team focuses on insuring.

The regional air carriers in Canada that traditionally serve smaller communities have seen the major airlines’ challenges as an opportunity to expand. In fact, we have even seen the pending launch of a new regional operator in eastern Canada and existing regional operators expanding their route networks. While tourist traffic has disappeared, there is continued demand for flights bringing cargo, medical supplies, expertise, food and now, of course, vaccines. In particular, cargo has grown exponentially given the number of parcels flown around the country.

Certain sectors of general aviation have had more challenges. The loss of tourist trade has hit the rotary sector particularly hard, facing the double whammy of an almost non-existent tourist-driven heli-skiing season and a very quiet forest fire season last year, in stark contrast to California. It is no surprise that we have seen some operators cease flying due to the pandemic, including two prominent Canadian helicopter operators with well over 50 years of experience.

For the present time, the Canadian general aviation market is struggling, but with the country on track to roll out the vaccine to the majority of the population, the sector could ideally see the return of tourist-driven flight activity from the fall onwards.

Insurers keen to move the market to a place where it is profitable are having to walk a challenging tightrope. We need to ensure rates continue to move upwards while ensuring our customers can survive and keep going until better market conditions return.

Overall, the outlook for our sector is positive. Looking forward, with the major airlines unlikely to return to some domestic routes despite the government bailouts, the market for regional air carriers has room to grow and hopefully to flourish once tourism returns.