Opposition MPs spoke Monday in favour of a bill that would raise the maximum sentence for impaired driving causing death and let Canadian police test any legally-stopped driver for alcohol impairment but expressed strong concerns about the ruling Liberals’ plan to legalize possession of marijuana for non-medical use. 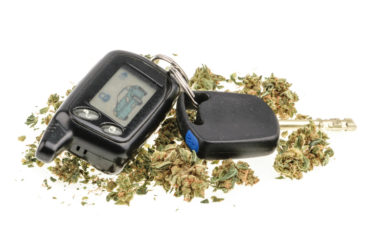 “I have many serious concerns about the legalization of marijuana,” Ted Falk, Conservative MP for Provencher, Manitoba said Monday during debate on second reading of Bill C-46, which is not the bill that proposes to legalize marijuana.

If passed into law, Bill C-46 would make several changes to the Criminal Code of Canada, including giving also police the power to use roadside drug screeners where they have reasonable suspicion that a driver has drugs in his or her body.

Public Safety Canada announced Dec. 14 a pilot project intended “to test how well officers are able to use certain roadside drug testing devices on motorists under different weather conditions.” Those devices would test saliva for the presence of certain drugs, including cannabis, cocaine, methamphetamine and opioids. Participating police services include two RCMP detachments and the city police forces of Toronto, Vancouver and Halifax, among others.

Public Safety Canada said this past December that none of the results from the testing would be used as evidence in criminal trials.

Bill C-46 authorized Canada’s attorney general “to approve a device,” said Liberal MP Bill Blair, parliamentary secretary to Attorney General Jody Wilson-Raybould and former Toronto Chief of Police. “Approval is based on a recommendation from the Canadian Society of Forensic Science, which has a drugs and driving committee. It looks at the best available science and at all of the devices, and they are put through the most rigorous testing standards before they are recommended by the committee to the” justice minister.

Bill C-45, the Cannabis Act, was tabled April 13 for first reading. If passed into law, it would make it legal for people 18 years of age or older to possess up to 30 grams of dried legal cannabis or equivalent in non-dried form when in public. It would also be legal to grow up to four plants per residence. The government aims to have the new law in place by July 2018.

“If the Liberals are going to move forward with this legislation, it is incumbent upon all of us to lay the proper groundwork for the protection of the Canadian motorists, cyclists, and pedestrians who share our roads,” Falk said Monday.

With Bill C-46, the ruling Liberals are proposing a new offence “of low levels of THC in combination with low levels of alcohol,” Wilson Raybould said May 19. “I am proposing that the low level THC offence of between two and five nanograms be punishable by way of a maximum fine of $1,000. The higher drug offence of having five nanograms of THC in the body or more and the combination offence of having a mixture of THC and alcohol in the blood would have escalating penalties that mirror the existing impaired driving penalties: a $1,000 fine for the first offence, 30 days’ imprisonment for the second offence, and 120 days’ imprisonment for a third or subsequent offence.”

Cooper said May 29 he supports Bill C-46 in principle.

But roadside tests for drug impairment “are not nearly as clear or readily available as they are in the case of alcohol,” said Garnett Genuis, Conservative MP for Sherwood Park-Fort Saskatchewan, Alta. “This is because of differences in the physical properties of the substances we are talking about. As much as we can look at more effective ways of combating marijuana use, our party favours a ticketing alternative within the context of maintaining the criminal prohibitions.”

Also with Bill C-46, a police officer would have a new power, during a lawful traffic stop, to demand a “preliminary breath sample,” to detect alcohol impairment, Wilson-Raybould said May 19. “Under current law, a police officer must have reasonable suspicion before the officer can demand a breath sample, but research shows that up to as many as 50% of drivers who are over the legal limit are able to escape detection by police.”

The government also aims to remove the “bolus drinking” loophole.

Currently, the offence of impaired driving “is committed while driving,” Wilson-Raybould said May 19. “The proposals in Bill C-46 would stretch the time frame so that it would be an offence to be over the legal limit within two hours of driving. This is a common formulation used in many states in the U.S. Its primary purpose is to eliminate risky behaviour associated with bolus drinking, sometimes referred to as drinking and dashing.”