Montreal-based Optimum General Inc. announced on Friday that is has launched a residential policy endorsement in Ontario and British Columbia which now covers overland water damages. 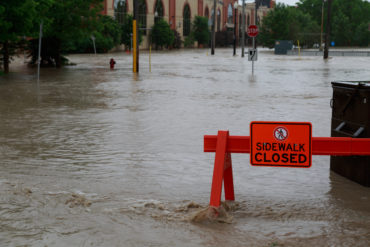 The Co-operators, Aviva Canada, Gore Mutual are among those who offer overland water coverage.

For the Optimum General coverage, policyholders can opt for a sewer backup endorsement, which has been recently revised and improved by adding coverage to repair or replace damaged service lines, as well as coverage for the installation of a sewer backup prevention device following a sewer backup claim.

“Our team constantly keeps abreast of market changes and resulting needs of our policyholders,” said Martin Carrier, president and chief operating officer of Optimum Insurance Company Inc., Optimum West Insurance Company Inc. and Optimum Farm Insurance Inc. “Also, according to recent data from the property and casualty insurance market in Canada, water damage is the leading cause of residential claims. With that in mind, we designed the overland water and sewer backup extensions to provide upgraded, flexible and affordable insurance protection, tailored to the diverse needs of owners and tenants, for any type of residence.”

While the product is currently only available in Ontario and British Columbia, it will be “made available in other provinces in the upcoming months,” the release said.

Last May, Co-operators General Insurance Company launched overland flood insurance in Alberta. Then, on June 2, 2015, Aviva Canada said that it would be offering overland water protection for residential property owners and tenants in Ontario and Alberta as an add-on to personal property policies that have sewer back-up protection in place.

Another insurer offering overland water coverage is Gore Mutual Insurance Company, which announced a combined overland water and sewer backup product called WaterEscape plus in February. And on April 29, Economical Insurance reported that it plans to launch a property insurance product that covers overland flooding later this year.