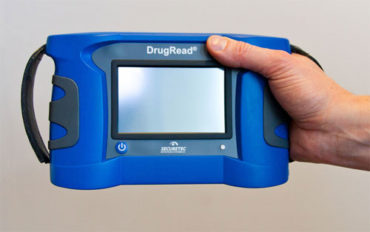 Police used the Securetec DrugRead (pictured above) and Alere DDS-2 for the tests. Credit: www.securetec.net.

While drivers can currently be tested for impairment by drug recognition experts and standard field sobriety testing, Public Safety Canada, in collaboration with the RCMP and the Canadian Council of Motor Transport Administrators, led the pilot project to test the use of oral fluid drug screening devices as an additional tool for detecting drug-impaired drivers.

A total of 53 police officers from seven jurisdictions across Canada – Vancouver, Toronto, Halifax, Gatineau, the Ontario Provincial Police and RCMP in Yellowknife and North Battleford, Sask. – collected over 1,140 samples between Dec. 18, 2016 and March 6, 2017, PSC reported in a statement.

“Feedback from officers involved in the pilot project was largely positive,” PSC noted. “Officers reported that the devices were easy to use at the roadside with some standard operating procedures. They also said they were able to successfully use them in various weather, temperature and lighting conditions. The officers also noted their comfort and confidence increased the longer they used the devices, and they were able to adapt and troubleshoot problems encountered at the roadside.”

The pilot project, announced on Dec. 14, 2016, is an example of a successful federal partnership with provinces, territories and police forces across Canada, PSC said. The Final Report on the Oral Fluid Drug Screening Device Pilot Project includes key recommendations, such as developing a list of standards for device functionality, as well as standard operating procedures at the roadside and development of core training for police forces, among others. 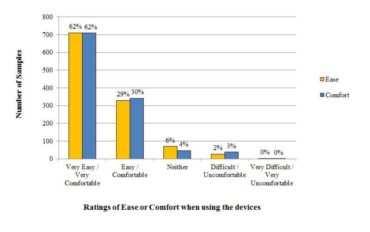 According to background information from PSC, approximately 15% of all volunteers who participated in the pilot project registered a positive drug reading. The report said that testing occurred under a variety of conditions, including “clear (913 tests, 80%), “snowy,” (139 tests, 12%) and “rainy,” (80 tests, 7%). Testing was also conducted at “all times of the day” (light conditions 4%, dark conditions 36%), with recorded temperatures ranging from -50°C to 26°C. Devices also “did not function as expected by the officer (e.g., device powers off during analysis)” in 13% of samples.

The federal government has also proposed Bill C-46, under which a law enforcement officer would be authorized, following a legal roadside stop, to demand that a driver provide an oral fluid sample if they reasonably suspect a driver has drugs in their body.

Ralph Goodale, Minister of Public Safety and Emergency Preparedness, said in the statement that “drug impaired driving is a serious problem and giving law enforcement more tools to detect and deter drug-impaired driving will better protect our communities. I am pleased the pilot project demonstrates this technology works in our unique Canadian environment.”