OSFI, industry step back from the brink on proposed new reinsurance rules

It appears that there has been a proverbial “last-minute call from the governor” regarding controversial new rules proposed by Canada’s solvency regulator as part of its reinsurance review. 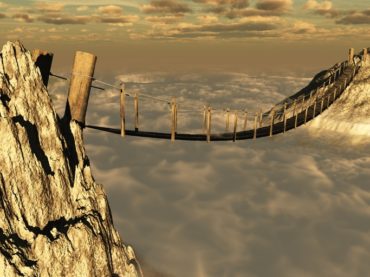 The Office of the Superintendent of Financial Institutions (OSFI) has made it known to Canada’s property and casualty insurers that it will defer the timing – and narrow the scope — of its proposed new rule that would have substantially increased the amount of capital that P&C insurers would need to hold in Canada.

“Yesterday, OSFI held an information session with industry where we provided an update on the reinsurance consultation,” Colin Palmer, communications officer for OSFI, confirmed in an email to Canadian Underwriter. “As part of this update, we indicated that yes, OSFI would be consulting further, and that the current reinsurance proposal would be amended based on feedback received. While there is no firm date for the issuance of guidance in this regard, it will be released sometime in 2020.”

Insurers in September projected that OSFI’s original proposal – which would essentially reduce the concentration of high-limit commercial policies ceded to reinsurance — would cost the industry between $21 billion and $30 billion of additional capital to insure Canadian risks. Currently, the total pool of capital available to insure all risks in Canada is estimated to be $50 billion.

“As many of you know, OSFI some time ago announced a plan to introduce changes to the reinsurance framework that would have substantially increased the amount of capital that companies need to hold in Canada,” IBC president and CEO Don Forgeron told IBC’s Regulatory Affairs Symposium in Toronto Tuesday. “Yesterday, OSFI made an announcement: They will be amending their proposal and deferring it to the new year. The focus will be narrower and more precisely defined. We appreciate OSFI’s willingness to re-examine their proposal – and we look forward to continuing to work together going forward.”

In its June 2018 discussion paper on reinsurance, OSFI expressed concern about the concentration of high-limit commercial policies being ceded to reinsurers. The regulator proposed that Canadian reinsurers hold enough capital in Canada to account for a major catastrophe in which insurers reached their limits and their reinsurers failed to pay out claims.

The chance of such a scenario happening would be many times more remote than an earthquake happening in B.C., industry actuaries noted. They calculated that the additional capital required to make up for such an event would cost the industry an extra $21 billion to $30 billion in capital.

The industry announced the results of its calculation during the federal election, at a time when OSFI was limiting its discussion on the matter. Now that the election is over, OSFI has spoken to Insurance Bureau of Canada (IBC), which announced the good news at its 2019 Regulatory Affairs Symposium in Toronto.

The industry still has concerns about how the final outcome will pan out. Forgeron reiterated the industry’s concerns with OSFI’s original proposal during his speech at the Regulatory Affairs Symposium.

“The regulator described [additional required capital] as a necessary precaution,” Forgeron said in his speech. “We saw it as a classic case of over-regulation – one that would risk isolating Canada from our global competitors. These days, large financial companies have many choices for where they invest their capital, and where they base their operations. The OSFI reforms would basically encourage these companies to rethink their presence in Canada….

“We at IBC, along with many of you in the room, encouraged OSFI to slow things down – to take the time to conduct a thorough review of the potential business and economic impacts of their proposed changes.”