Canada’s solvency regulator has come out with a softer version of its proposed rule regarding the property and casualty insurance industry’s issuance of high-limit policies.

The new version is in response to the industry’s previous concerns about the massive $21-billion to $30-billion price tag associated with the original version of the proposed rule. The Office of the Superintendent of Financial Institutions (OSFI) went back to the drawing board late last year after intense P&C industry opposition to the initial version of the rule.

Cassels lawyers commenting on OSFI’s revised draft of Guideline B-2, which is currently in a public comment period, note that it is still very light on details. It remains to be seen, they say, how the revised Guideline B-2 will apply to the industry and its intended financial impact.

“While OSFI’s draft Guideline B-2 is shorter than expected, it is an improvement over OSFI’s proposed rule set out in its [June 2018] Discussion Paper,” Katie-May O’Donnell, Laurie LaPalme, Gordon Goodman, and Derek W. Levinsky of Cassels wrote in an online blog published by Mondaq. “The draft Guideline B-2, however, still leaves several unanswered questions.”

Guideline B-2, Take One

OSFI created a huge stir in the P&C community in June 2018, when they made public their discussion paper on reinsurance. In it, the regulator expressed concern about so-called “leveraged business models” in Canada. In other words, what would happen if insurers wrote single, large policies in Canada, and subsequently ceded a significant portion of these risks outside of Canada?

OSFI was concerned about the potential for little capital or vested assets remaining in Canada to support the Canadian P&C insurers’ increased counterparty risk exposure. 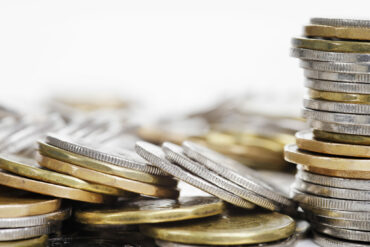 And so OSFI proposed that Canadian P&C carriers keep enough capital in Canada to pay for three of their largest major catastrophes happening all at once, assuming their largest unregistered reinsurer defaulted on the claims payments.

An Insurance Bureau of Canada study released in 2019 showed the rule would cost the industry between $21 billion and $30 billion. To put that into perspective, the industry has roughly $50 billion in capital to pay for all claims in all lines.

“The probabilities associated with these [three largest events all happening at once] are calculated by industry actuaries to be somewhere in the range between 1-in-1-billion to 1-in-5-trillion-year loss events,” the Toronto Insurance Council observed in a statement about the original proposed rule.

In response to the industry’s concerns, OSFI’s has now issued a softer version of its proposed rule. It now asks for P&C insurers “to be able to cover the maximum loss related to a single insurance exposure (as opposed to three of its largest policy limit losses) on any policy it issues, assuming the default of its largest unregistered reinsurer on that exposure. For simplicity, the amended rule is expressed as a percentage of total capital available (or net assets available for foreign branches).”

In the view of Cassels, it remains to be seen what effect the new proposed rule would have on the Canadian P&C industry.

“While we welcome OSFI’s approach regarding the draft Guideline B-2, we expected more detail regarding OSFI’s expectations as to how the implementation of Guideline B-2 will work to ensure consistency among P&C FRIs,” the Cassels lawyers wrote.

In addition, the lawyers note that one provision about insurance exposure limits could potentially create an uneven playing field between Canadian P&C insurance companies, foreign branches, and P&C federally regulated subsidiaries in Canada.

OSFI’s revised Guideline B-2 sets out, for example, that the net retention of any P&C federally regulated institution, plus its largest net counterparty unregistered reinsurance exposure, should never exceed (due to the occurrence of a maximum loss on a single insurance exposure):

The criteria in the Annex remain a bit fuzzy, the lawyers observed.

“The criteria provided in Annex 2 [are] overly broad. It would be helpful for OSFI to provide more detail regarding the criteria, making it easier for foreign branches and P&C FRI subsidiaries to determine the insurance exposure limit.”

The revised draft B-2 guideline is open to public discussion until Mar. 18, 2021.