The City of Ottawa and an OC Transpo bus driver have lost their appeal of a ruling that the bus driver was 20% liable, for a fatal collision, with a vehicle driven by an alcohol-impaired driver who ran a red light. 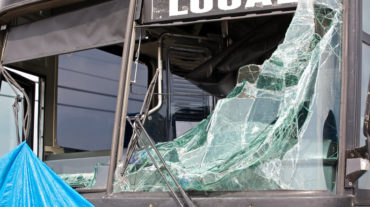 “On January 23, 2008, an OC Transpo bus driven by Raymond Richer T-boned an SUV driven by Mark MacDonald, which resulted in fatal injuries to three of its occupants, including Mr. MacDonald, Brianne Deschamps and Vanessa Crawford, and catastrophic injuries to Ben Gardiner,” wrote Madam Justice Toscano Roccamo of the Ontario Superior Court of Justice in a ruling released in January, 2016.

The court found that alcohol consumed by MacDonald was a factor in the collision, which occurred at Riverside Drive and Heron Road shortly before 2 in the morning.

But Justice Roccamo found, based on expert opinion evidence, that the speed of the bus “exceeded 65.6 kilometers per hour after it entered the intersection with Heron Rd.” The bus was proceeding on a green light.

“A driver travelling in excess of the posted speed limit will not per se be found negligent,” she wrote. “Where the speed travelled is prudent and reasonable in the circumstances, courts have declined to find the decision to exceed the speed limit negligent.”

Richer suffered minor injuries after the bus he was driving struck a traffic light standard in the median. Richer was not charged. His only passenger was Derek Moran, a fellow OC Transpo driver who was off duty and being driven from the Merivale Station to the St-Laurent station, where Moran’s car was parked.

The Ontario Superior Court of Justice finding, that Richer was 20% liable, was upheld by the Court of Appeal for Ontario in a ruling released Dec. 20, 2016. The case is indexed as Gardiner v. MacDonald.

“Without holding Mr. Richer to the standard of perfection, but acknowledging his stated understanding of his obligations as a professional driver, I conclude that it would be appropriate to ascribe to Mr. Richer a degree of fault for the unfortunate choices he made affecting his driving as he approached and crossed the path of the errant MacDonald SUV,” Justice Roccamo wrote. She found that Richer “ought to have been traveling with greater caution with due regard for the weather and road conditions.”

The case arose after multiple lawsuits were filed. Ben Gardiner, the catastrophically injured passenger, filed a lawsuit against the estate of MacDonald and against MacDonald’s father as owner of the vehicle. He also sued several pubs who served alcohol to MacDonald as well as Richer the bus driver and the City of Ottawa.

“Initially, State Farm Mutual Automobile Insurance Company denied coverage to Mark MacDonald on the basis that, as a holder of a G2 driver’s licence, he was not permitted to have alcohol in his blood while driving,” Justice Roccamo  wrote. “However, this insurer subsequently confirmed that its mandatory minimum policy limits of $200,000, plus a reasonable share of costs, are available to satisfy any judgment.”

Gardiner also sued “Intact Insurance, with policy limits of $1 million dollars pursuant to the OPCF 44 underinsured coverage available to Ben Gardiner as a dependant under his mother’s auto policy.”

The family of Brianne Deschamps sued The Co-operators for coverage under an OPCF 44 endorsement.

The parties arrived at an agreement on damages. That agreement stipulated that if the City of Ottawa and the bus driver “are found wholly or partly liable for this accident, by virtue of the provisions of the Negligence Act, they pay the difference between the State Farm policy limits, as allocated between the Plaintiffs in the two actions, and the total of the agreed upon damages,” Justice Roccamo wrote. “The parties also agree that, in the event the Plaintiffs in both actions are unable to recover any amount from the City of Ottawa and Raymond Richer, then in addition to the amounts under the State Farm policy, the Gardiners will recover $800,000 from Intact, being the difference between the limits of coverage in the State Farm policy ($200,000) and the Intact policy, ($1 million), plus costs.”

On appeal, the City of Ottawa and Richer argued that Justice Roccamo had imposed a higher standard of care on Richer.

“Mr. Richer did not fare well when cross-examined with respect to the data recorded by the GPS on his bus,” Justice Roccamo wrote. “Mr. Richer’s credibility was damaged beyond repair when he attempted to refute the unchallenged evidence that he covered a bus route coming in from Kanata before he picked up Derek Moran at the Merivale station prior to the collision. He refused to admit that he would have covered the route in a timeframe of approximately 57 or 58 minutes, which left no conclusion other than the likelihood that he was speeding at various stretches over the course of his route.”

“We see no error in the trial judge’s consideration of Mr. Richer’s status as an experienced bus driver or in her treatment of this fact as relevant to the determination of the applicable standard of care to which Mr. Richer was bound at the time of the accident,” they wrote. “Nor do we accept the appellants’ contention that the trial judge erred by relying on Mr. Richer’s status as a professional driver to improperly impose an inappropriate, elevated standard of care.”