The federal government is proposing to spend $125 million on a “strategy” for artificial intelligence, to be administered by the Canadian Institute for Advanced Research (CIFAR). 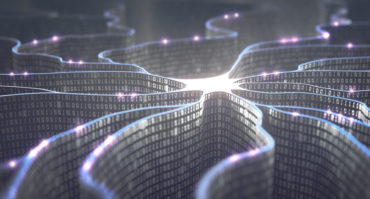 “From smartphone applications that can understand human speech to self-driving cars, artificial intelligence is changing the way that people interact with each other and our world,” the ruling Liberals said in their budget document for 2017-18, released Wednesday. “Budget 2017 proposes to provide $125 million to launch a Pan-Canadian Artificial Intelligence Strategy for research and talent.”

That strategy, the government promised, “will promote collaboration between Canada’s main centres of expertise in Montréal, Toronto-Waterloo and Edmonton and position Canada as a world-leading destination for companies seeking to invest in artificial intelligence and innovation.”

Many Canadians “already live in ‘smart homes’ where lighting, temperature, security and appliances are interconnected, and the promise of self-driving cars grows closer every day,” the federal government added.

The federal government also “proposes to invest up to $149.3 million over five years, starting in 2017-18, to renew core food safety inspection programming delivered by the Canadian Food Inspection Agency and Health Canada,” the Liberals said in their budget document. “This proposed investment would support inspection activities in meat processing facilities, support targeted programming to address the risks associated with listeria contamination, and allow for the ongoing operation of the Canadian Food Inspection Agency’s Inspection Verification Office.”