Ottawa should require small fishing boats to have radios that automatically alert search-and-rescue: Transportation Safety Board

The Transportation Safety Board of Canada is reiterating a recommendation made 16 years ago that the federal government mandate emergency position indicating radio beacons “or other appropriate equipment” for small fishing vessels operating off the coast of Canada.

In a press release Friday, TSB said it “continues to call for concerted and coordinated action by federal and provincial authorities and by leaders in the fishing community to improve the safety culture in fishing operations

TSB released Tuesday a report into an incident in June, 2015 in which vessel CFV 130214, a 7.1-metre long open boat, disappeared in Placentia Bay, off the coast of Newfoundland. 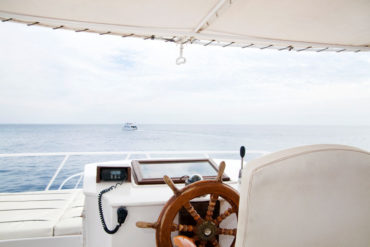 The master and two additional crew members, who were fishing for crab, were found dead on June 17. The vessel was not found and was presumed to have sunk. The boat was powered by a 115 hp 4-stroke outboard motor and was equipped with an on-board electronic chart/plotter global positioning system (GPS).

“At the time of the call, the winds were 20 to 30 knots from the southwest,” TSB said in its investigation report. A search was conducted by the Coast Guard, Department of National Defence and Fisheries and Oceans Canada.

The boat did not have an emergency position-indicating radio beacon (EPIRB), and was not required by law to have one. An EPIRB is “required for vessels of 8 metres or more in length engaged on a home-trade voyage, Class I, a home-trade voyage, Class II, or a foreign voyage,” TSB noted. “An EPIRB transmits an emergency signal, either automatically or upon activation by the crew, to immediately alert search and rescue (SAR) resources and initiate rescue efforts.”

There is also “no requirement for a fishing vessel of open construction of any length or of closed construction of 8 metres or less in length to be equipped with a very high frequency (VHF) radiotelephone.”

TSB, a separate organization from Transport Canada, investigates marine, pipeline, railway and aviation incidents. The board does not determine civil or criminal liability.

“Loss of life on fishing vessels is an issue on the TSB’s Watchlist, and the Board completed a Safety Issues Investigation into fishing safety in 2012,” TSB added Friday. “The Board continues to call for concerted and coordinated action by federal and provincial authorities and by leaders in the fishing community to improve the safety culture in fishing operations.”

In the investigation report into the CFV 130214, TSB noted the boat was an undecked vessel.

“Buoyancy and stability on an undecked vessel is provided by the watertight hull, which extends to the top of the gunwale,” TSB stated. “This type of vessel is vulnerable to swamping as a result of water coming over the sides, especially if the vessel is loaded heavily. The risk of swamping may be mitigated by limiting operations to relatively calm waters, by incorporating built-in flotation to improve survivability, and by providing means to efficiently remove any water that is shipped over the side.”

TSB said it could not “determine with certainty the primary cause(s) of the occurrence” because there were no witnesses or survivors.

“Although a cell phone was found in a watertight container that drifted ashore following the occurrence, because the cell phone was found in the container, it is likely that the crew did not have the opportunity to use it when the emergency situation arose,” TSB said in the report. “Recently, 7 incidents involving small fishing vessels have been reported to the TSB, with a total of 10 fatalities. None of these vessels were equipped with an EPIRB, and no distress signals were communicated.”

The CFV 130214 was a secondary vessel owned by KSL Enterprises Limited. The company’s two primary vessels were 13.7 metres long and “carried the required equipment and lifesaving appliances for vessels of this length.” However, in June, 2015, the CFV 130214 ” was the only vessel readily available within DFO policy for the master to fish in order to catch his crab quota for the season.”