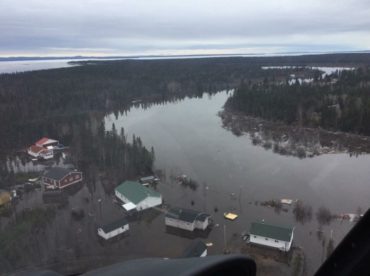 Public Safety Minister Ralph Goodale says the federal government is stepping in to respond to the severe flooding in Mud Lake.

Residents of the small community were evacuated to Happy Valley-Goose Bay last week after the overflowing Churchill River spilled into the town and damaged several homes.

Goodale says federal and provincial officials are working out the details of the relief effort, which will include support from the military to find shelter for residents.

The government of Newfoundland and Labrador is offering financial aid for the dozens of people affected by the flooding.

Government officials say the flood was caused by an ice jam.