The federal government is not going ahead with changes, proposed in July, that would have eliminated, for some, an exemption from paying income tax on capital gains realized by disposing of shares in small businesses. 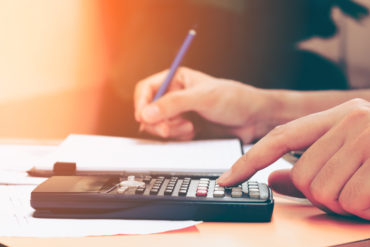 The lifetime capital gains exemption – currently at $835,716 and indexed to inflation – “provides an exemption in computing taxable income in respect of capital gains realized by individuals on the disposition of qualified small business corporation shares,” the federal finance department said in a discussion paper released July 18.

Individuals may shelter capital gains realized on the disposition of qualified small business shares to the lifetime limit, finance minister Bill Morneau noted at the time in the discussion paper. The paper proposed additional restrictions on the LCGE.

“Although trusts may serve an important and legitimate role in managing property within a family, including in succession contexts, the scope of the current accommodation of trusts under the LCGE tax provisions inappropriately facilitates income sprinkling involving LCGE multiplication,” Morneau said in the discussion paper.

The consultation period on the proposed changes ended Oct. 2. Then on Oct. 16, the government announced it “will not be moving forward with proposed measures to limit access” to the LCGE. Among the LCGE changes proposed at the time was for an individual to no longer qualify for exemption in respect of capital gains that are realized, or that accrue, before the taxation year in which the individual attains the age of 18.

The proposal was made in response to concerns about the use of “family trusts to sprinkle capital gains among family members,” Morneau said earlier.

On July 18, Morneau also proposed to expand the tax on split income (TOSI) so that TOSI would also apply to “a Canadian resident adult individual” who receives “income from the business of a related individual” when that income “is unreasonable under the circumstances.” The new “reasonableness test,” if implemented, will apply one way to individuals between the ages of 18 to 24 and another way to adults 25 and older. This way, adults would pay TOSI on income from the business of a related person if that income “exceeds what an arm’s-length party would have agreed to pay to the adult specified individual” Morneau suggested in the discussion document.

Insurance brokers were among the business owners who expressed concern about the proposed changes, said Robert Kitchen, a Conservative MP for Souris-Moose Mountain Sask., on Oct. 6 in the Commons.

The proposed changes “would help to determine whether compensation is reasonable, based on the family member’s contribution of value and financial resources to the private corporation,” Morneau stated in the discussion paper.

In some cases, when a self-employed person incorporates, this “can allow a high-income incorporated professional to be taxed at a lower rate on his or her personal income than a salaried Canadian,” Liberal MP Joel Lightbound told the Commons Oct. 6.