Overcoming barriers to tech innovation: ‘If you don’t build it, they will leave’

In the 1989 hit movie Field of Dreams, starring Kevin Costner, 36-year-old Ray Kinsella is wandering through his cornfield one evening when he hears a voice whispering, “If you build it, he will come.”

In this instance, “he” refers to the great baseball player “Shoeless Joe” Jackson, who was a controversial figure in the 1919 White Sox game-fixing scandal during the championship World Series game. The extent of the involvement of Jackson, a star player for the team, is controversial. A devoted baseball fan, Ray wants to bring back Jackson, whom his father idolized, to repair his relationship with his late father.

Ray Kinsella’s huge risk in building a baseball diamond in a cornfield is akin to the risk that the property and casualty industry must take in building bold, innovative new digital systems to improve customers’ experience, as panellists noted at The Future of Insurance Conference organized by Reuters Nov. 3-4.

Tech panellist Danish Yusuf, CEO of Zensurance, first raised the analogy of building a new tech in the hope that it may attract customers to the business. He suggested some insurers may not want to take that risk, given the chance that consumers may not actually use the new technology once it’s built.

But if insurers don’t build more consumer-centric technology, Yousef said, then the companies should heed this warning: “If you don’t build it, they will leave.”

There was a great deal of discussion throughout the day about what’s keeping the industry from saying yes to developing new technology, particularly as the pandemic and social distancing has highlighted the need for improved, customer-centric digital insurance solutions. 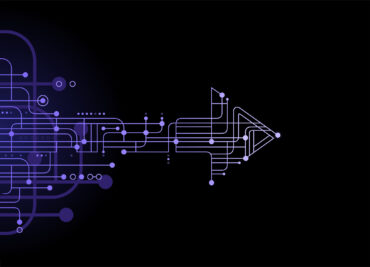 Asked about barriers, Yusuf noted that insurers have been guilty at times of “the legacy mindset.”

Yusuf recalled the early days of his career in the insurance industry when he was shopping small business commercial tech solutions to insurers. “In speaking with a couple of CEOs at insurance companies, specifically about what we were doing on the small commercial side, they all said, ‘We know the segment is going to get streamlined and traded online. We just don’t want to be the first ones to do it, because it will eat our existing business, and we don’t want to cannibalize ourselves.'”

And then there is the ego factor, as Yusuf noted.

“Some replies were along the lines of, ‘We know it’s going to take time for this to happen. As the CEO, I would put myself forward to champion this. In all likelihood, if and when this succeeds, it will be my successor five or 10 years from now who would reap the benefits….’

“And so there’s this weird dynamic of, ‘Why should I take this big risk, upset my brokers, upset all of my current partners, if I get all of the downside and the upside is in the future?’ That mindset has to be shifted.”

Jimmy Spears, head of automotive at Tractable, said he also witnessed the pitfalls of short-term thinking during his long career in the insurance industry.

“Larger carriers tend to think in terms of projects and not journeys,” said Spears. “You will get something funded for a very short term. However, the [tech] journey may be a 36-month cycle. If you only think in 12-month investment cycles, you can have something 33% done, or even 50% done, but all of that hard shovel work will be given up because it doesn’t make it above the dotted line to get funded the next year.

“Funding projects, but not funding journeys – that’s one of the biggest tactical and strategic mistakes I have seen during my entire 31-year career in the insurance industry.”

Another potential barrier to playing around with the creation of a new digital solution may be the demand for a business case to show the potential return on investment (ROI), observed the panel moderator Bryan Falchuk, founder of the consulting firm Insurance Evolution Partners. The conundrum here is that it’s hard to put a number to the ROI when one has ever seen the digital solution before.

“Funding projects, but not funding journeys – that’s one of the biggest tactical and strategic mistakes I have seen during my entire 31-year career in the insurance industry.”

Falchuk asked panellist Fernando Moreira, senior vice president of IB consumer and small business at Scotiabank, for his thoughts about proving ROI in a business case. Moreira replied tongue-in-cheek about making a business case for must-have, existential technology, without which the company can’t keep the lights on.

“Well, let’s say you do this [i.e. create a new technology] to keep the lights on,” he said. “The use case here is, if you don’t keep your lights on, then you lose your business. That right there is the cost of doing nothing.”

Without a business case, you can’t even get the conversation off the ground. “Don’t tell me, ‘I think this is good for my business,'” Moreira said. “There is no money there; it’s not a clear target market; it’s not a clear proposition. We do not know yet what we are talking about. You have to be able to translate the technology initiative into revenue or costs. If you can’t show your ROI, sorry, it’s not going to happen.”

The idea of the business case and thinking about ROI is to reduce the amount of uncertainty of undertaking a tech project, noted David Arbuthnot, director of innovation outpost at Wawanesa. It’s not to eliminate creativity in coming up with the new technology.