The Property and Casualty Insurance Compensation Corporation (PACICC) will participate in the federal government’s review of financial sector regulations next year, including the examination of an act that has not “really been reviewed” in more than a century. 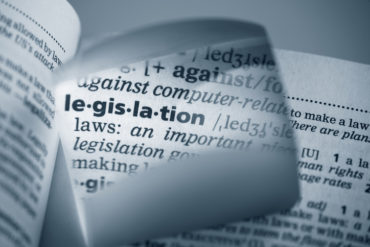 The Winding-up and Restructuring Act, which sets the stage for all the work that PACICC gets involved in when a regulator chooses to close an insurance company, “has not really been reviewed for more than 100 years and has a number of opportunities to be made more appropriate for today’s environment and the environment going forward,” PACICC president and CEO Paul Kovacs said last week.

Kovacs outlined the corporation’s three-year strategic plan at PACICC’s annual general meeting in Toronto. “Our priority for 2018 is to participate in the federal government’s review of the financial sector regulation, including the Insurance Act,” Kovacs told attendees. “This will provide us with an opportunity to renew discussions about issues like the Winding-up and Restructuring Act.” Beyond focusing on the Winding-up and Restructuring Act, PACICC will continue to “promote and champion the idea of a backstop for the industry in the case of a catastrophic earthquake.”

This year, PACICC will “focus on developing P&C intervention guidelines with insurance regulators, building on the new agreement that we have signed with the province of Quebec and seeking to extend that to different jurisdictions.” Earlier in the meeting, PACICC chair Lawrie Savage explained that a “new pre-insolvency regulatory liaison committee was established during the year,” providing a “forum for confidential consultations and information exchanges with Canada’s insurance regulators.” The corporation signed an agreement with Quebec’s regulator, the Autorité des marchés financiers, “documenting, in the form of intervention guidelines, the steps that both organizations can and will take if solvency concerns arise for Quebec’s supervised PACICC members.”

Kovacs added that the 2017 priority is to “develop intervention guidelines with several insurance regulators in Canada, maintaining clear and effective working relationships between PACICC and regulators in the unlikely event of a member insolvency.” This year, the corporation is focused on getting an agreement similar to Quebec’s with the Office of the Superintendent of Financial Institutions, British Columbia and Alberta. “If we were to achieve that, it would represent more than 90% of PACICC membership,” Kovacs reported.

In 2019, the corporation will examine its coverage and benefits “and make sure it fits into current times.”