The Panama Papers situation seems to be creating more scrutiny and less sympathy to offshore structures for tax purposes among regulators in Canada and this could spur greater disclosure demands, suggested Shea Small, a partner and international and business strategy leader at McCarthy Tetrault LLP.

“Expect more on disclosure of everything to do with offshore,” Small said Thursday during KPMG’s Audit Committee Institute seminar in downtown Toronto, which explored the role and responsibilities of audit committees related to compliance with U.S.-based legal and regulatory requirements. 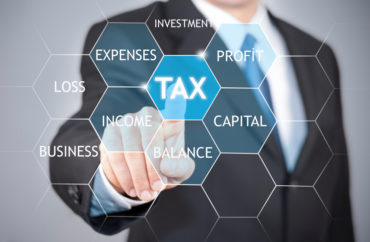 “Expect more on disclosure of everything to do with offshore,” says Shea Small of McCarthy Tetrault.

In recent months, he told seminar attendees, his firm has seen situations where clients have opted not to set up offshore structures for completely legitimate tax planning purposes because of an apparently negative view of the structures.

“An unbelievable amount of scrutiny is now going to the offshore structure, even though it’s irrelevant to the question at hand and it’s completely above board,” Small reported. “This will have an impact in terms of how you structure things before and what disclosure you have to make,” he advised.

In essence, with the Panama Papers, a Panamanian law firm had many of its records put on the Web, giving rise to “allegations of improprieties involving public figures, government officials and big business,” Small said.

“It, frankly, doesn’t even matter if you have done something wrong. There is almost a rush to judgment that the only reason that you would do something offshore is to hide something,” he told attendees.

There has already been fallout involving some high-profile people and companies, even in cases where the offshore link was completely legitimate, Small (pictured left) said. “Clearly, there’s some adverse reputational impact for anyone who gets named or is involved,” he suggested.

The Panama Papers may even have an impact on disclosure in future. New form requirements set to take effect June 30 note that for private placement, the issuer is going to have to disclose certain information about insiders and control persons to regulators “if they want to plot that information,” that was not previously required, Small said.

To the argument that there are “lots of legitimate structures where there really isn’t a great need to know who the insiders are, who the control people are,” he explained, “I think you would have got a receptive audience from the regulator even four months ago, prior to the Panama Papers.”

Now, “there is no willingness to even talk about that at this point in time,” Small suggested. “What we’re seeing is a pretty slippery slope to more disclosure about what sort of structures are in place, who does what,” he noted.

“Transparency has been a theme that all of you probably have faced in various ways over the last little bit in terms of your disclosure,” Small said to those assembled. There is “a lot more attention and, I would say, a lot less sympathy from the regulators, especially in light of the Panama Papers issue. It’s amazing how you can have an event like that and it changes things.”

Christopher Cummings, a partner with Paul, Weiss, Rifkind, Wharton & Garrison LLP, told attendees the Panama Papers did not have as significant an impact in the United States. “It didn’t really hit nearly as impactful as it’s been here in Canada and Europe, particularly Europe,” Cummings (pictured right) told attendees.

That said, the “push for transparency, that certainly is the case across the board in the U.S.,” he emphasized.

There is also a push by the U.S. Department of Justice to hold both corporations and individuals accountable, Cummings said. “There’s a kind of populist sentiment that coming out of the financial crisis that the people, quote, have gotten away with it,” he pointed out.

“The Department of Justice, in the last year, has come out and has explicitly said that their priorities are that they will now, while dealing with corporations and corporate situations, they are going to be much less amenable to resolving corporate situations where they’re granting immunity to individuals,” he said.

“The regulatory scrutiny on the individual and so on is not seen in Canada as much as in the U.S. I think it’s coming,” Small said. “Our regulators, unlike in the U.S., have not had as much success with enforcement. And that does play into what they will take on. It’s also a matter of resources,” he explained.

“Over time, I think that we will watch the U.S. with interest to see what transpires and Canada will copy those things that make sense,” Small added. 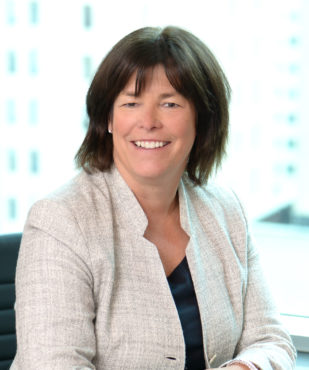 Kristy Carscallen (pictured left), Canadian managing partner, audit, noted that transparency and accountability are themes that permeate everything from regulatory demands to standards and audit quality indicators. “It’s good to learn about them and get out in front of them,” Carscallen advised attendees.

When looking at “pending rules and regulations that not only impact audit and accounting, but also others that impact the mandate of audit committees,” she suggested, “the best place to start is often south of the border to see what’s percolating down there and what may come to Canada.”