Pandemic distraction: Is Canada ready for the next big disaster?

Focused narrowly on responding to the COVID-19 global pandemic — and preparing for the next one — Canada may be losing sight of preparing for other, potentially more likely disaster scenarios, P&C insurance industry executives commented at the Swiss Re Canadian Insurance Outlook Breakfast on Tuesday.

“There’s a tremendous focus in Ottawa now on pandemics, and how we will respond to the next pandemic,” Insurance Bureau of Canada president and CEO Don Forgeron observed during the webinar panel discussion Tuesday. “But our next likely event, if I can put it that way, is likely not going to be a pandemic. It will probably be something else. So, we are using this opportunity to talk [to the federal government] about things that they need to do, that only our federal government can do, to help us better prepare [for future events].”

Forgeron observed that Canadian governments generally appear to be emphasizing disaster response over disaster planning. He noted, for example, that the federal government lacked a role dedicated to overseeing a coordinated approach risk and resiliency. 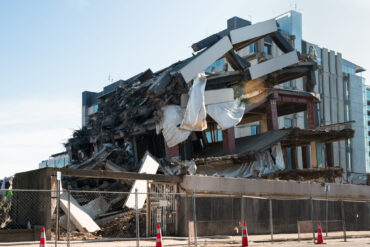 Forgeron’s remarks followed a comment made by panel moderator, Monica Ningen, president and CEO of Swiss Re Canada and English Caribbean, who was discussing the role of public-private partnerships in response to so-called ‘Black Swan’ events. These kinds of 1-in-100, or 1-in-50, or 1-in-20-year events seem to be happening with greater frequency, Ningen observed.

Earlier in the discussion, Ningen commented that the pandemic has highlighted how other catastrophic events, however unlikely, can nevertheless strike at any time.

“Earthquake is something that sits on everybody’s minds,” she said, noting that insurers themselves have already given a lot of thought about what earthquake coverage they are prepared to offer, where they will write it, how they will write it, and whether they have adequate reinsurance to backstop what they write.

“I do continue to worry about whether we as a country are prepared to respond to an event like that,” Ningen said, citing the strain placed on the industry’s claims community to respond to Calgary’s $1.2-billion hailstorm event during the middle of the pandemic last year. “With the backdrop of the Calgary hail event, there were some lessons learned about how tough it is to get physical bodies into an area that needs a catastrophic response in the middle of a pandemic…

“With all of the work that’s been done [on earthquake preparation], I’m still worried about that. When that happens, as an industry, that will be a real test of our ability to respond and work with the municipalities and the governments in that area to make sure that consumers are taken care of.”

While Ningen did not put the question about earthquake preparedness to webinar panellists directly, Forgeron built on her comments.

“The short answer is no, as a country we’re not ready [for an earthquake],” Forgeron said. “I think what the pandemic has done, though, is serve as a bit of a wake-up call to the federal government, some provincial governments, and to the industry as well, that our mentality may be skewed a little bit towards response as opposed to adequate preparation.”

A number of reports have been released over the past decade suggesting that, based on damage from the shaking of the earth, as well as fire following an earthquake, a major earthquake in B.C. could cost Canada’s property and casualty insurance industry in the neighbourhood of $30 billion [$20 billion for quake dammage, and $10 billion for fire following].

To put that into perspective, Canada’s capital base reached a peak high of $52.6 billion during the first three quarters of 2020, representing funds available to pay out all insurance claims — including property, auto, and commercial insurance claims — and not just catastrophe claims.

1 Comment » for Pandemic distraction: Is Canada ready for the next big disaster?