Panelists warn of risks from room rentals through sharing economy

Property owners who want to rent their places to travellers using the “sharing economy” need special insurance coverage and one large risk is when they prepare food for customers, speakers suggested Tuesday at an event hosted by Allianz Global Assistance. 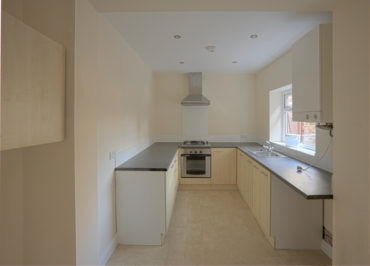 “I think one of big the risks is around food and beverage,” suggested Scott Allison, vice chair of the board of directors of Destination Canada, a crown corporation that promotes tourism in Canada.

“The reality is that the scrutiny for restaurants and food outlets is intense, as it should be,” added Allison, former vice president of Canadian operations for Marriott Hotels and Resorts of Canada. “So if you rent a place that hasn’t been properly maintained, hasn’t been properly cleaned, there is risk associated with that.”

He made his remarks at a roundtable discussion titled 21st Century Travel in a Sharing Economy, held shortly before Allianz Global Assistance released the results of its Canadian Winter Vacation Confidence Survey.

CanadaStays has about 60,000 properties, including cottages, cabins and chalets, most of which are not in urban areas.

“If I only want to rent property out for six weeks out of a year, am I covered?” Rayson said. “You need special coverage, a special product for that.”

In Ontario there are about 25 to 30 pieces of legislation that apply to hotels, suggested Sunil Johal, policy director at the Mowat Centre, located at the University of Toronto’s school of public policy and governance.

“You have old rules for a lot of legacy operators and you have no rules for a lot of the sharing economy firms,” said Johal. “That is not a good situation. The best approach is let’s develop new modernized rules that work for everybody.”

The panel was held at the office building at Toronto’s Eaton Centre.

“I would like to see rules that work for everybody but I don’t think that’s realistic,” said Jason Merrithew, president of Merit Travel Group’s wholesale and specialty leisure travel business. “I think you are not going to be able to have a single home owner, who is renting out a spare bedroom, commit to home inspections. I think the reality is government and regulators are going to have to look at this industry for what it is – short-term rentals of secondary homes or a derivative of couch surfing, where you rent a room in somebody’s house.”

“Part of why Uber has been successful – it’s the fact that I can call a car and I know exactly where that car is and exactly when it’s going to be here,” Allison said. “It’s time management. It’s one of the many elements, but I think it’s a really key element.”

“If Uber was more expensive than a cab, a lot of people wouldn’t be migrating over from cabs,” Johal added.

“Price is actually not the factor,” Merrithew argued. “I think what you see a lot of time with these platforms is a response to technology. It’s purely the distribution channel. They could be selling widgets through a better operating app.”

With ride-sharing services, Merrithew said, “you’re just looking to get from point A to point B. If the taxi companies had, five years ago, invested in much stronger technology to distribute taxis, the ride sharing model coming out of Silicon Valley would not exist today. It’s a response to market-driven distribution problem versus the desire to share one’s car with others.”

At CanadaStays, many renters are millennials while most owners “are at the older end of the demographic,” Rayson said. “They are used to doing business in a certain way and they don’t like change. The millennials are forcing change in a very meaningful and impact way to that demographic. Millennials say ‘I want to book this online I want to use my credit card, I want to go to a platform, and I don’t want to be vetted. I want to make this as easy as booking a hotel room.'”

But Rayson added that older people renting their properties “are saying, ‘hold on a minute. Are you kidding me? I want my cheque. I want to talk to you. I need to make sure that you are not a bachelor party with smokers.’ It’s a very very big disconnect between those two generations.”