Ontario’s legal regulator has revoked the license of a Richmond Hill paralegal for professional misconduct, finding that he misrepresented himself to insurance companies in accident benefits claims. 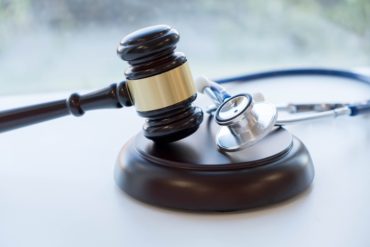 In addition, the Law Society Tribunal ordered Roland Spiegel to pay the regulator $175,000, representing only a portion of the law society’s legal fees.

The tribunal’s decision on penalty was released on May 8, 2018. It is not immediately known if the decision will be appealed.

In the reasons for its decision, issued in Sept.17, 2017, the tribunal made several findings of dishonesty.

For example, the paralegal was knowingly dishonest when “he submitted numerous OCF-18 treatment plans under the Statutory Accident Benefits Schedule…on which he placed electronic signatures of medical professionals and clients, confirming statements [that] he knew were not true and that the signatories had not prepared or reviewed,” the tribunal wrote in its decision. “In some cases, the use of the signatures was not authorized.”

The tribunal also found that he “submitted multiple invoices to insurance companies that suggested on their face that he had provided services he had not in fact provided.”

In some instances, the tribunal found, Spiegel “submitted time-sensitive forms that were dated on a different date than when they were submitted, in an effort to create confusion about the applicable date.”

The submission dates of accident benefits treatment plans are significant. The province’s SABS legislation gives Ontario insurers 10 days to declare if they will refuse treatment. If an insurer does not act on a treatment plan within this time, it is deemed to have accepted the treatment plan.

The Law Society did not make a finding of dishonesty about overwhelming insurers with treatment plans. But it did question the reason for sending multiple forms instead of just one.

“Mr. Spiegel did not give a substantive explanation for why he sent multiple OCF-18s rather than one with all the specialists, despite being asked about this at various times during his evidence,” the tribunal wrote in its reasons for decision. “In the absence of any other explanation, we draw the inference that it was because then he could charge a fee for each OCF-18 and rebuttal report, thus increasing his fees for form preparation.

“It is hard to see how this could be in the interests of his clients and it increased time and expenses for everyone. It was designed to create a large claim for his own fees.”

Spiegel argued before the Law Society Tribunal that the law society did not actually have jurisdiction over his actions with insurers, because he was not acting as a paralegal at the time he issued the treatment plans.

He claimed dual status as a paralegal and as a “Health Professional & Health Care Provider (Unregulated).” He argued before the tribunal that he was acting as a health care provider on a medical file when he issued the treatment plans, not as a paralegal. The claimants for whom he submitted treatment plans to insurers were in fact represented by other legal counsel, he added.

“Clients came to him, and his protocol [for submitting treatment plans to insurers] was designed to obtain payment from the insurance companies for benefits under the SABS,” the tribunal wrote. “Mr. Spiegel held himself out to the insurance companies as a person who combines health care and other services with claimant representation.

“The Authorization and Direction [forms] the clients signed directed the insurance companies to communicate exclusively with Mr. Spiegel about the claim. His OCF-18 treatment plans and letters to insurance company representatives were filled with legal submissions, including references to caselaw and various other authorities and provisions.”

In the end, Spiegel provided few, if any, health care services to treat the clients, the tribunal found.