When parents give their kids permission to drive: the limit to ‘implied consent’

An Ontario auto insurer went too far in arguing that a motorist gave her son – whose license was suspended – implied permission to drive her vehicle because she left the keys on a hook while she was out of town. 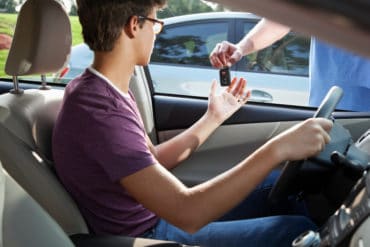 The ruling gives some guidance on how a vehicle owner can be deemed to have given consent for another person to drive his or her vehicle.

Michaud-Shields also named Traders as a defendant. The insurer argued unsuccessfully that Nancy Gough, as the vehicle owner, is vicariously liable.

Traders argues that Nancy Gough gave her son “implied consent” to drive the vehicle because she left the vehicle in the driveway with keys on a hook.

But if Traders’ argument was accepted by the court, “a thief would be found to have the consent of the owner to possess the vehicle,” de Sa wrote. He ruled  that Justin Gough was driving the pickup truck without his mother’s consent.

At the time of the collision, Justin lived with his parents. His license had been suspended since 2005. After the 2012 collision with Michaud-Shields, Justice Gough was arrested and charged with impaired driving. Police asked Nancy Gough whether she wished to press charges against her son for stealing her vehicle but she declined.

Justin was the previous owner of the pickup truck and transferred ownership in 2009 to his mother, who insured it so she could drive it. It was “understood” that Justin could not drive the vehicle while his license was suspended.

“Traders’ position seems to impose liability on an owner for an accident unless steps are taken to prevent unauthorized use of the vehicle,” de Sa wrote.

As a result of de Sa’s decision, Gough’s F150 will be treated as uninsured at the time of the accident.

In an accident where the at-fault vehicle is uninsured, an innocent victim can sometimes file a claim with his or her own accident benefits provider. This is true if the plaintiff bought optional additional family protection endorsement, known as Ontario Policy Change Form (OPCF) 44R. That endorsement is intended to when an at-fault driver or vehicle owner does not have enough liability coverage to pay for a victim’s damages – or where the at-fault vehicle is uninsured or unidentified.

1 Comment » for When parents give their kids permission to drive: the limit to ‘implied consent’