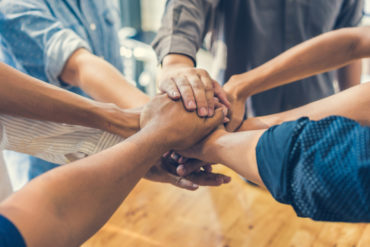 Announced late last week, the partnership roughly doubles TIPI’s size and expands its reach from Ontario and throughout Western Canada, TIPI said in a press release. The partnership will also expand IMI’s product offering to include property and casualty insurance, as well as a proprietary, institutional-type pension plan created solely for First Nations.

TIPI and IMI will have more than 25 employees working from Ontario to British Columbia. All employees will remain with the company, and TIPI CEO Nathan Ballantyne said in the release that they are looking to grow by acquiring more businesses in the same space. Both TIPI and IMI will continue to operate under their own brands for the foreseeable future, the release added.

“Our vision is simple,” Ballantyne said. “We are building a financial services powerhouse that is owned by and for Indigenous people, where the benefits of ownership can flow back to our communities. We offer highly competitive pension, benefits and community asset insurance services, with the added benefit of the meaningful careers, profits and economic development we create for our people.”

Joan Barmby-Halcro, founder and president of IMI, said that the announcement is “great news for our customers and for First Nations across Canada. We are bringing together two Indigenous-owned companies, giving us more capacity to grow and thrive. We can now help communities protect their band offices and schools while also giving them excellent group benefits and pension plans.”

A limited partnership, TIPI was created in 2011 through the union of four First Nations-owned organizations – TWCC, FirstPlan Benefits, First Commercial Benefits and First Commercial Brokers. It is based in Winnipeg and has a northern office in The Pas, Man.

Founded in 1993, the 100% Indigenous-owned and controlled IMI Brokerage offers life insurance, group benefits and pension services to First Nations communities. It is headquartered in Duck Lake, Sask. and owned by a number of Saskatchewan and Alberta First Nations. It has four offices in Saskatchewan, Alberta and British Columbia.