Insurance rating firm A.M. Best Company said on Thursday that it believes that pending legislation that would encourage more private insurers to write flood insurance in the United States would be a positive development for the current flood insurance marketplace and a benefit for consumers that would have additional coverage options.

The Flood Insurance Market Parity and Modernization Act recently passed in the U.S. House of Representatives and is now headed to the U.S. Senate for approval. 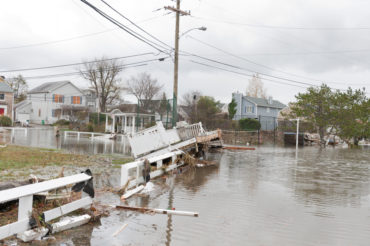 According to the new Best Special Report, titled The Flood Insurance Market Parity and Modernization Act—What Does Its Potential Passage Mean for the Future of Flood Insurance in the U.S.?, there are benefits to be gained from a legitimate expansion of the current flood insurance market, allowing private insurers to freely underwrite and price flood risks in accordance with their underwriting standards. The report also notes that a clarification that private flood insurance is to be treated the same as federal flood insurance for homeowners of properties located in a flood zone that have federally backed mortgages would “help clear existing hurdles and allow private insurance to be a more viable option for property owners and renters that need or desire flood insurance.”

The National Flood Insurance Program (NFIP) is a federal program, administered by the Federal Emergency Management Agency, that was designed to make flood insurance available and help reduce costs of taxpayer-funded disaster relief efforts by using premiums collected from flood-prone homeowners to pay out on any losses incurred, Oldwick, N.J.-based A.M. Best said in a statement.

Over the past 25 years, the number of NFIP policies in force has more than doubled to more than 5.3 million, demonstrating the increasing need and interest in protecting U.S. properties from the risk of flooding as more information has become available about the susceptibility of certain communities to flood from revised flood maps and other territorial reassessments. In line with the increase in policies in force, the statement said, the total dollar amount of assets protected through the NFIP has increased by more than six times from 1990 to 2014. Demographic shifts, volatility in weather patterns, and a rising sea-level brought about by climate change appear to have only exacerbated the flood problem, A.M. Best reported.

“It has been expressed that the increasing number of flood events and resulting damage make it clear that the current solution centered around a federally subsidized plan to provide insurance for those in need is insufficient,” the statement said. “The NFIP was not designed to accommodate major catastrophes; however, federal taxpayers are shouldering the substantial burden of the program’s deficit, largely attributable to losses from Hurricanes Katrina, Rita and Wilma in 2005, and Superstorm Sandy in 2012.”

A.M. Best also believes that opening up the flood insurance market to include more private insurance involvement would be a big step in the right direction to be able to track profitability results for this line of business, which would lead to a greater understanding of exposure, losses, rate adequacy and other meaningful comparative data.