Western Financial Group and its board of directors announced on Wednesday that Patrick Bieleny has been appointed as the organization’s president and chief executive officer. 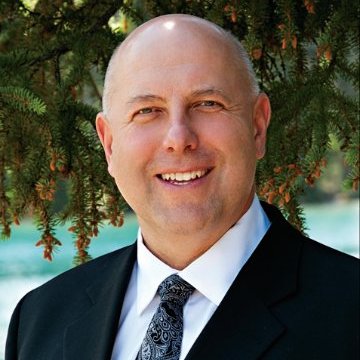 Bieleny will oversee Western’s network of insurance brokerages and all of Western’s business units, including Western Financial Group Insurance Solutions and Western Life Assurance Company. He will also act as CEO of Western Financial Insurance Company (Petsecure) until ownership passes over to Economical Insurance, expected to close in the third quarter of this year, Western said.

His diverse background and experience includes most recently serving as chief executive officer and managing director of XALTA Capital Partners Ltd., an Alberta-based private equity and investment firm. Bieleny has served in senior executive positions in the agricultural, food and oil industries throughout Alberta. He is also a director of the Chartered Professional Accountants of Alberta and a past director of Agriculture Financial Services Corporation, an Alberta Crown corporation.

“My board colleagues and I are delighted that Patrick Bieleny has agreed to join Western and we’re confident he can lead the team to build on our strong foundation,” said Jim Dinning, chair of the board of Western, in the release. “Patrick has a strong track record of operational excellence. We’re excited to work with him as he and the team delivers quality service for our customers across western Canada.”

Bieleny added that he is “honoured to have the opportunity to lead Western. It is a terrific organization with dedicated employees and I look forward to all that we can accomplish together.”

Western Financial Group is a diversified insurance company that serves more than 800,000 customers across Western Canada. Founded in 1996, it personal and business insurance services through more than 160 office locations and affiliates, with a team of more than 1,800 employees.