P&C combined ratio for XL Group up to 146.9% in third quarter

XL Group Ltd. has reported a P&C combined ratio of 146.9% for the third quarter of 2017 ending Sept. 30, as natural catastrophe losses largely attributed to Hurricanes Harvey, Irma and Maria took their toll. 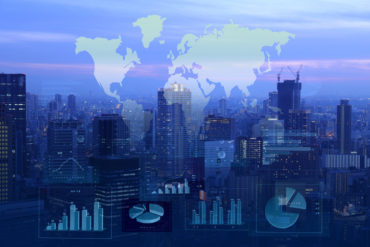 “The natural catastrophes that mark the third quarter bring a unique devastation to those impacted and we continue the important work of helping our clients rebuild in these times of need,” XL’s chief executive officer Mike McGavick said in the statement. “The financial impact of these events was, of course, significant to our financial results in the quarter. At the same time, excluding these events, our underlying results show continued progress as demonstrated by improvement in the ex-cat P&C combined ratio, insurance combined ratio and insurance loss ratio versus the prior year quarter. As we look at the global re/insurance markets today, with a view that we will see new levels of appropriate sustainable pricing, we believe we are well positioned by virtue of our diverse portfolio, global relevance and disciplined underwriting.”

P&C gross premiums written (GPW) in the third quarter of this year increased 10.9% to US$3.02 billion from US$2.72 billion in Q3 2016. The Insurance segment GPW increased 7.3% from the prior-year quarter, driven primarily by growth in International and North America Property lines, Accident & Health, North America Construction and Fine Art & Specie, XL said in the statement. These increases were partially offset by decreases in North America programs and Excess & Surplus lines.

The Reinsurance segment GPW increased by 24.6% from the prior-year quarter to US$7.05 million (Q3 2016: US$5.67 million) due to additional new business written in the quarter and reinstatement premiums from the recent catastrophic activity. The increase in new business was primarily from the Casualty line of business, predominantly within the Bermuda and Europe, Middle East and Africa regions. In addition, significant new business was written within the Property Treaty line of business from both the North America and Latin America regions, XL reported.

Nat cat pre-tax losses net of reinsurance, reinstatement and premium adjustments and redeemable non-controlling interest for the quarter was US$1.48 billion (58.8 points to the loss ratio), compared to US$97.4 million (4.1 points to the loss ratio), in Q3 2016. The current quarter natural catastrophe losses were largely attributed to Hurricanes Harvey, Irma and Maria.

Hurricanes Harvey, Irma and Maria each contributed approximately 25%, 40% and 25%, respectively, to the company’s loss estimates, with 10% related to all other events in the quarter, most notably the Mexican earthquakes and Typhoon Hato, which struck south China in August. The estimated losses are approximately evenly split between the XL’s Insurance and Reinsurance segments. “Following these events and meaningful reinsurance recoveries this quarter, the company continues to have significant catastrophe reinsurance protections remaining for 2017 and 2018, including catastrophe bond protections, some of which extend through 2019,” the release concluded.