IT workers in Canada’s property and casualty insurance industry are starting to resemble the legacy systems they are servicing — nearing retirement. 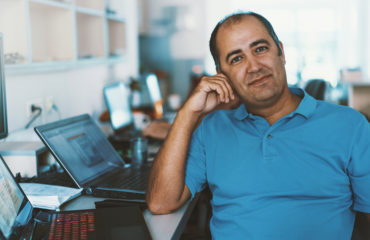 Fully one-third of the P&C’s industry’s IT workforce is projected to retire sometime over the next decade, according to a demographic study currently being prepared by the Insurance Institute of Canada. Some high-level results of the study were presented at The CIP Society Symposium held Tuesday in Toronto.

The question for the industry thus becomes, once all these IT workers retire, who will be left to understand the legacy systems they leave behind?

“A lot of those older workers…seem to have been around for a long time working on the legacy systems that keep all of your businesses going,” said Michael Burt, director of industrial economic trends at the Conference Board of Canada. “So, obviously that’s going to be a challenge moving forward in terms of transferring knowledge over to new people coming in.”

The Institute commissioned the Conference Board to undertake the demographic research, which will update the Institute’s demographic studies conducted in 2007 and 2012. The research included surveys of 7,327 industry employees and 230 P&C executives.

Asked about industry functions most likely to be disrupted in the future, 95% of survey respondents said the IT function is expected to undergo some form of disruption over the next five years, either “to some extent” (about 25%) or “to a great extent (almost 70%).”

The Institute has flagged the industry’s IT workforce as requiring “high urgency for recruiting and growth,” based in part on the level of disruption anticipated in that area in the future.

But it’s not going to be easy.

“There’s a challenge [P&C] businesses are going to face in terms of filling those IT roles going forward, particularly in an environment where the demand for IT skills is growing across the board,” Burt said. “Pick your industry, and it’s there. It’s a growing issue, so you are going to have growing competition for people with these skills in the year to come.”