After a two-year wait, Canada’s property and casualty insurance industry is relieved to hear the federal government has finally established its long-awaited Sustainable Finance Action Council, which will advise government on matters such as climate-related financial disclosure requirements across the country.

The federal government announced Wednesday the creation of the Action Council, which will include representatives of Canadian P&C insurance companies. The council will start with three main priorities, Craig Stewart, vice president of federal affairs at the Insurance Bureau of Canada, told Canadian Underwriter in an interview Thursday.

“They are going to be first advising the government on how to roll out climate-related financial disclosure requirements across the country,” Stewart said. “They are going to focus on the taxonomy — or language — around disclosure to make sure that we [in the financial sector] are consistently talking about the same things and are reporting on the same things. And then, thirdly, they will make recommendations on a Canadian Centre for Climate Information and Analytics [C3IA].”

Establishing C3IA is among 15 recommendations to emerge from the June 2019 final report of the federal government’s Expert Panel on Sustainable Finance. C3IA would be “an authoritative source of climate information and decision analysis,” as described by the expert panel.

The P&C insurance industry has a great deal of information about the physical risk of climate change that could inform the work of the new centre, as Stewart observed. 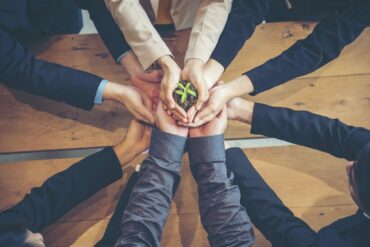 “In particular, insurers are concerned about physical risk [of climate change] as well as transition risk [of moving to a low-carbon economy], and so the inclusion of P&C insurers [on the Action Council] will enable the council to ensure physical risk is adequately considered as we go forward,” Stewart said. “In addition, the insurers are experts in physical risk data, and we have been prioritizing the Canadian Centre for Climate Information and Analytics as a needed tool to make sure that physical risk data [used] by insurers can also be adequately used and made available for disclosure by other parts of the financial sector.

“[C3IA] would provide the mechanism to coordinate the availability of that data. We’ll run into problems if we all have a different view of climate risk and we’re reporting on it and disclosing it differently, and we’re interpreting it differently. The more consistent approach will definitely make it easier.”

“Participants will include a broad representation of Canadian banks, insurance companies, and pension funds,” the Government of Canada states in a release announcing the creation of the Action Council. “A public sector coordinating group will play a role in observing council meetings and advising the chair.

“The first meeting is expected to take place in early June, at which point confirmed participants will be announced. Other organizations and individuals from academia, think tanks, and industry groups with expertise in sustainable finance will be engaged for their advice and input.”

The chair of the inaugural Action Committee, Kathy Bardswick, is a name well known to the P&C industry. Bardswick was president and CEO of The Co-operators Group from 2002 to 2016, during which time The Cooperators became the first Canadian insurer to become a signatory to the UN Principles of Sustainable Insurance.

On June 14, Bardswick will be leaving her role as the founding president of the Canadian Institute for Climate Choices, which has offered evidence-based climate policy research and analysis throughout its two-year existence.

Canadian Underwriter asked Stewart what kinds of benefits the Action Council might bring to the Canadian P&C industry.

“Our industry likes certainty,” he replied. “And we know that our regulators are spending an increasing amount of their time contemplating climate risk and the exposure of the financial sector to climate risk. [The Office of the Superintendent of Financial Institutions (OSFI)] has signaled in public comments that they are paying an increasing amount of attention to climate risk. In fact, climate and cyber risks will be the priorities going forward for OSFI, and so having a private sector-led group advising government on how to disclose risk makes us much more comfortable than this being done by government alone.

Other photo courtesy of iStock.com/howtogoto