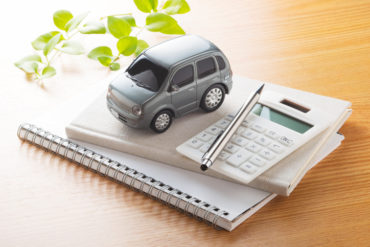 “It’s easy to come down on every little auto repair facility, or some of these [other] industries, it’s really the insurance industry that has left it [auto fraud] unchecked,” Gordon Rasbach, Aviva Canada’s vice president of legal and fraud management, told attendees Wednesday at the Canadian Insurance Financial Forum (CIFF), hosted by MSA Research in Niagara-on-the-Lake, Ont. “And every year, not purposefully, but by default, [the P&C industry] has turned it into a cost of doing business.”

Rasbach acknowledged auto insurance fraud is a complex issue involving many actors outside of the P&C industry – regulators, law enforcement, the collision repair industry, the health system, the legal system, and so on. He said a solution to fraud involves coordination among all of these areas.

Even so, he said, the P&C industry could do more to reduce the amount of fraud. It can start by finding out the true scope of auto insurance fraud in the country. “The problem is, there is no data on the extent of fraud—that is the issue,” he said. “Everybody knows it’s there. Everybody says it’s bad, but nobody has ever done a quantifiable study into it.

“Everybody reasonably accepts that there is a high level of fraud, but I’ll bet you that I would not need all of my fingers and toes to count the amount of criminal complaints made by insurers on all of the automobile fraud in the last 12 months. It just doesn’t happen. There has been a complacency, for a lack of a better word, by the industry, and [fraud] has become completely embedded.”

Rasbach estimated auto insurance fraud costs insurers $547 million in Ontario alone. He based his calculation on the number of all collision claims that are not repaired by insurers’ preferred collision centres, and then assuming 90% of repairs in these non-preferred facilities involved fraud.

Nine out of 10 cars in a recent undercover investigation by Aviva Canada were taken to a non-preferred collision repairer, Rasbach said. In these instances, the centres or tow truck drivers allegedly submitted false or misleading invoices to the insurer for services rendered.

At the CIFF, Rasbach repeated a call he made in an earlier interview with Canadian Underwriter to change legislation to allow insurers to give consumers a discount if they agree to take their cars to be repaired at preferred collision centres.

Gerry Martineau, director of The Co-operators national claims response unit, observed that such a requirement could generate a public backlash instead. “Consumers want choice, so having an insurer dictate they must [take their car to a preferred centre], that rubs people the wrong way, so when I insist you go, as soon as I do that, that changes everything about the relationship.”

One audience member wondered if a centralized reporting centre for auto insurance physical damage claims could be established along the lines of the HCAI (Health Claims for Auto Insurance) model.

HCAI provides a mandatory and common platform for health care facilities to submit Treatment and Assessment plans (OCF 18s) and Treatment Confirmation Forms (OCF 23s), as well as the associated invoices, to auto insurers for review and adjudication. It is intended to benefit patient care and provide the industry with valuable data about automobile claims in Ontario.

1 Comment » for Auto fraud: a cost of doing business?