The board of directors of Peace Hills Insurance announced on Wednesday the appointment of Kathy Boychuk as incoming president and chief, effective March 2017. 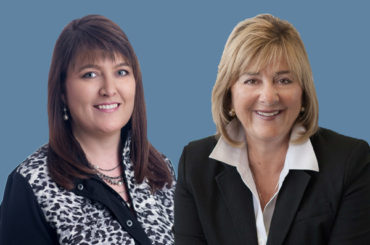 “It’s been great to be back but I do look forward to returning to my retirement,” said current Peace Hills president and CEO Diane Brickner in a press release. “I am very excited to see what the future brings with Kathy at the helm of the company and I think the board of directors made a great choice. As has always been the case, our unique culture is something that we champion and something we are sure Kathy understands and believes in.”

Boychuk will assume her new role as president & CEO after 24 years of service with Peace Hills, with the last eight years in the role of chief financial officer. She will be working closely with Brickner to ensure a smooth and orderly transition into her new role, the release said, adding that Boychuk’s “familiarity with Peace Hills’ culture is something that was very important to brokers, staff and the board of directors. Kathy looks forwards to continuing to build on key relationships and developing new ones as she leads the company towards continued success in the future.”

On Oct. 17, Peace Hills’ board of directors announced that Brickner agreed to serve as interim president and CEO of the company, effective immediately. Brickner replaced Gene Paulsen, who announced his retirement from the company.

Peace Hills Insurance is a licensed, general insurance company that has been insuring western Canadians since 1982. Owned by the Samson Cree First Nation, the company employs more than 200 staff who serve over 478 broker offices across British Columbia, Alberta, Saskatchewan, Manitoba, the Northwest Territories, Nunavut and Yukon.