PERILS AG has disclosed its second loss estimate of 234 million euros for extratropical cyclone Egon, which affected France and Germany on Jan. 12 and 13 of this year. 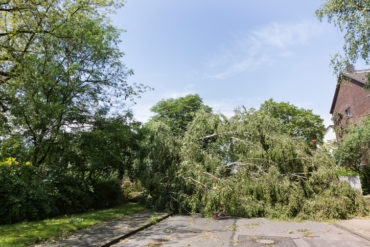 The cold front associated with Egon resulted in heavy rain and snowfall, PERILS explained in a press release on Wednesday. The revised estimate of the property insurance market loss is 234 million euros, compared to the initial loss estimate of 212 million euros issued by PERILS on Feb. 23.

In line with the PERILS loss reporting schedule, the third loss estimate for Egon will be published on July 12. The third and any following loss estimates will be provided in full resolution, by specific zone and property sub-lines of residential, commercial, industrial and agricultural.

PERILS, the independent Zurich-based organization that provides industry-wide catastrophe insurance data, said in a statement on Feb. 23 that the low pressure system associated with Egon developed as a “secondary low” from a large depression named Dieter and travelled rapidly in an easterly direction over northern France and Germany. High winds, which occurred to the south of the system, predominantly affected northern and central France, as well as central and southern Germany.

While the majority of the losses occurred in France and Germany, the effects were also felt in Austria, Switzerland and the Benelux states, albeit to a much lesser extent, PERILS reported.

“Egon is the first European windstorm to exceed our reporting threshold of 200 [million euros] for this peril since Mike-Niklas in March 2015,” said Luzi Hitz, CEO of PERILS, in the February statement. “While the market loss from Egon is by no means dramatic, it nevertheless provides new data points, which can be compared with past events and put into relation with the market sums insured data, which we also provide. As such, Egon will serve as another piece of knowledge with which to calibrate the industry’s view of European extra-tropical cyclone risk to reality.”

Under the alliance, PERILS will make available industry loss data for any natural catastrophe event in Canada causing a market loss of $300 million or more, such as earthquakes, floods, storms, wildfires and volcanic eruptions.

The loss data, which will be compiled by CatIQ, will be made available by Canadian province and by the following lines of business: private property, commercial property and motor hull (auto). Loss reporting for qualifying Canadian events will follow the standard PERILS reporting schedule – the first loss report made available six weeks after the event, followed by a minimum of three updates three, six and 12 months after the event.