Insurers of mountain bicycle riding parks should be able to “breathe a sigh of relief” due to a recent court decision from British Columbia, a blogger with an insurance law firm wrote in a recent post. 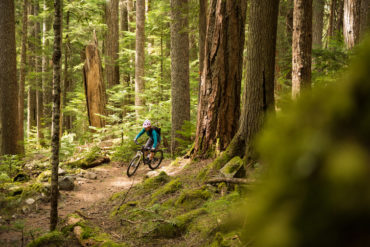 Dr. Blake Jamieson suffered a spinal injury and is confined to a wheelchair as a result of a bicycle accident in August, 2009 at a mountain bike park owned by Whistler Mountain Resort Limited Partnership.

In a decision released June 16, 2017, Justice Neena Sharma of the B.C. Supreme Court ruled that a release that Dr. Jamieson signed precludes him from suing Whistler Mountain Resort.

The ruling “affirmed a facility provider’s ability to protect itself by requiring that a user execute a release waiving his or her right to sue for personal injuries sustained at the facility,” wrote Emma Waterman, an articling student with Alexander Holburn Beaudin + Lang LLP, in a blog post published June 22.

“The decision in this case allows recreational facilities and other service providers, and their insurers, to breathe a sigh of relief,” Waterman added. “However, time will tell whether the precedential value of this case may be limited by its facts.”

Court records indicate that Dr. Jamieson was riding a mountain bike at Whistler Mountain Resort in 2009.

“His tire got caught briefly in some terrain at the top of a feature of the park called the ‘A-Line Rock Drop’, causing him to be thrown over the handlebars,” Justice Sharma wrote.

Relying on B.C.’s Occupiers Liability Act, Dr. Jamieson claimed that Whistler Mountain Resort “failed to warn him of the risks involved in mountain bike riding” in the park. He also claimed that the resort “engaged in deceptive and/or unconscionable acts and practices, which both vitiate the waiver of liability he signed” and violate B.C.’s Business Practices and Consumer Protection Act.

The “key wording” in that release is the waiver of “all liability for any loss… injury… that [the signatory] may suffer… as a result of… participation in Mountain Biking, DUE TO ANY CAUSE WHATSOEVER, INCLUDING NEGLIGENCE,… BREACH OF ANY STATUTORY OR OTHER DUTY OF CARE,” Justice Sharma wrote, adding that wording is “independently sufficient to make the waiver valid.”

The release was four pages in length with the following text at the bottom of the first page: “Injuries are a common and expected part of mountain biking. Whistler Blackcomb offers introductory mountain biking lessons and beginner mountain biking terrain. More challenging terrain should not be attempted until the rider has the appropriate skill, experience and equipment …”

The left side of the second page contains the text “stop-read this!!!” in a black box, all upper case, in bold, italicized and in a larger font, Justice Sharma noted.

“Underneath that heading are eight bulleted statements,” she added, including:

Dr. Jamieson deposed that he was “rushed” through the process of signing the waiver but Justice Sharma found, on a balance of probabilities, that Dr. Jamieson was “aware of the possibility of spinal injury resulting from biking in the Park.”

Justice Sharma suggested that in order to defend the claim under the Business Practices and Consumer Protection Act, the park operator “bears the burden of proving” its actions were “not unconscionable.” Noting that she found Dr. Jamieson’s “allegation of non-disclosure to be unsubstantiated,” Justice Sharma found that the plaintiff “knowingly and voluntarily” signed the release.