Photo radar, no right turn on red recommended for some Toronto streets

A proposal to prohibit right turns on red lights at some Toronto intersections and to ask the Ontario government to approve “automated speed enforcement” or photo radar, is scheduled for debate next Monday at a Toronto city council committee meeting. 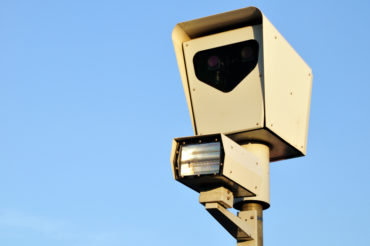 That is one recommendation that the city’s public works and infrastructure committee is scheduled to discuss June 20.

The staff recommendations are scheduled for debate by full council in July. The public works and infrastructure committee is chaired by Ward 25 Councillor Jaye Robinson. The other councillors on that committee are Stephen Holyday, Chin Lee, Mary-Margaret McMahon, Ron Moeser and Anthony Perruzza.

Another recommendation is that city council “endorse in principle” the city staff’s proposed road safety plan (2017-2021), outlined in the June 10 staff report, signed by Buckley.

That plan is intended to reduce, by 20%, the number of KSI collisions, or those resulting in a person being killed or seriously injured.

“After remaining fairly steady from 2005-2012, with an average of 44 persons killed per year, traffic fatalities have increased over the last 3 years, with 65 traffic-related fatalities in 2015 representing a 10-year high,” Buckley stated in the road safety plan.

“A central element of the road safety plan for pedestrians is the creation of pedestrian safety corridors,” Buckley wrote.

A prohibition of right turns on red lights “will be implemented at key high pedestrian volume locations where right turns on red have been a contributing factor” to collisions resulting in death or serious injury, according to the report.

“At its meeting of May 5, 6 and 7, 2015, City Council directed Transportation Services staff to lead a task force, in cooperation with Ministry of Transportation, Ministry of the Attorney General, Toronto Police Service Court Services and Legal staff, to investigate the technical, evidentiary, regulatory and prosecutorial and financial requirements related to expanding automated enforcement for the purposes of reducing speed, stop sign and turn violations at warranted locations,” Buckley wrote. “City Council also directed Transportation Services staff and the City Solicitor, in consultation with Toronto Police Service, to report to the Public Works and Infrastructure Committee as a component of the Road Safety Plan for Toronto, the task force results and recommendations related to an automated enforcement pilot project within the City of Toronto.”

In an appendix to the report, city staff noted that photo radar was used from August, 1994 through July, 1995 on Ontario provincial highways.

“To date, the use of ‘photo radar’ has not been authorized on municipal roadways in Ontario,” according to the report. “Moving forward, there would be a number of provincial legislative changes required in order to permit municipalities the authority to charge vehicle owners for speeding violations detected by automated enforcement systems. Other forms of automated enforcement such as stop sign and turning violations require video evidence to be processed as opposed to still photographs and will therefore require more significant legislative revisions in order to make these types of automated enforcement legally possible to implement.”

Cameras are being used to detect vehicles disobeying stop signs in Washington, D.C., the report noted.

“These types of automated enforcement require the use of video evidence or multiple cameras in order to process the violations,” according to the report, which identified several issues. For one, video evidence “may not be admissible in court” and it would also be “much more difficult to prepare evidence for disclosure.” Additional trained provincial offences officers would be required to prosecute violators and the approval of the Information and Privacy Commissioner of Ontario would be “required in order to use video for automated enforcement.”

There is “high possibility that automated enforcement of stop sign and turning violations may not be economically feasible,” the report added.

If photo radar were approved by the province, the city would have to invite contractors to tender bids “for the installation, maintenance and support of automated speed enforcement equipment and technology,” the report suggested.

Among other things, additional court space, justices of the peace and prosecutors would need to be hired and “the estimated timeline to implement the program would be approximately 2-3 years.”

1 Comment » for Photo radar, no right turn on red recommended for some Toronto streets