Ontario’s emergency planning for risks such as severe weather, terrorism and cyber-attacks is in dire need of an update, the province’s auditor general concluded in a report released Wednesday. 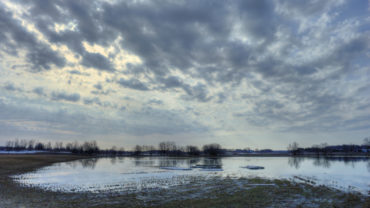 The province’s severe weather plan has not been updated in 12 years, Ontario Auditor General Bonnie Lysyk observed in the report. Also, recent information on cyber-attacks and terrorism has not made its way into Ontario’s government disaster preparedness plan, and some provincial departments are not overseeing their plans to continue working during a disaster or emergency.

Recent climate research has “focused attention on the increasing likelihood of more frequent and extreme natural hazards,” Lysyk said in her annual report to the Ontario legislature.

“The severe weather plan at the Ministry of Community Safety and Correctional Services was last updated in 2005,” she said. “This is of concern due to the increasing effects of climate change and events such as the ice storm that hit southern Ontario in 2013.”

In Ontario, the Community Safety and Correctional Services department is responsible for preparing for risks such as freezing rain, tornado, wind storm and terrorism — including attacks using chemical, biological, radiological and nuclear weapons. The Ontario government “last updated its terrorism and civil disorder plans in 2010,” Lysyk wrote.

“The latest overall provincial risk assessment was done in 2012 based on emergencies experienced in Ontario up to 2009,” Lysyk wrote. “Therefore, the current provincial emergency management program has not considered emergencies that have occurred over the past eight years, or the latest information on the effects of climate change and other developing risks such as cyberattacks and terrorism.”

Some provincial ministries “do not have adequate oversight practices in place for their continuity plans,” in the event of an emergency, she added.

Provincial law defines an emergency as something that “constitutes a danger of major proportions and could result in serious harm to persons or substantial damage to property.” This could include forces of nature, accidents and diseases.

“A formal declaration of an emergency may be made if conditions in a municipality or in the province meet certain criteria, such as when a ministry’s existing resources are not sufficient to address the emergency or they cannot be relied upon without the risk of serious delay,” Lysyk said in the report.

The province’s emergency management program was established in 2003 and “prompted in part” by events such as the 1998 ice storm, preparations for Y2K computer software problems and the Sept. 11, 2001 hijackings, Lysyk said.

She noted the ministries of Community Safety and Correctional Services, Transportation and Natural Resources and Forestry “performed no review” to ensure their staff complete their continuity plans, which include contact information for essential staff, guides to alternative work sites and priorities of “time-critical activities within each ministry that need to continue during an emergency or to be restored quickly.”

Lysyk recommended in her report that the Ministry of Community Safety and Correctional Services, through the Emergency Management Office, “undertake a comprehensive review and update of the provincial risk assessment, in collaboration with all ministries and municipalities.”