Police are conducting ‘search’ when knocking on door to investigate allegations of drinking and driving: Court

Canada’s highest court announced Thursday it will not hear a crown appeal of an impaired driving acquittal, in which a Saskatchewan Provincial Court judge ruled that a police officer knocking on the apartment door of a registered vehicle owner constituted a “search.” 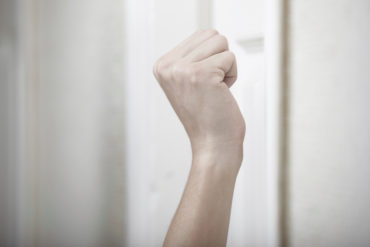 John Rogers was charged with impaired driving – and acquitted – after a collision May 11, 2010 in Estevan.

A civilian called Estevan Police Service “advising that their vehicle had been run into by a driver whom they suspected was impaired,” wrote Mr. Justice Guy Chicoine in a ruling released in 2014.

The civilian was a recycling depot worker whose wife had driven to the plant to pick him up. Another person backed into his wife’s vehicle. The recycling depot worker noticed “a little scuff on the bumper” and approached the driver of the other vehicle to say there was no damage. The civilian witness reported the other driver “staggered a bit,” would not make eye contact “and kept his head turned to the right as if he did not want him to smell his breath.”

As Rogers sat in a police car, he initially refused to provide a breath sample. He was arrested and taken to the police station where he later provided a sample resulting “in a reading of 270 milligrams of alcohol in 100 millilitres of blood.”

In 2012, Rogers was acquitted after the provincial court judge excluded all of the evidence presented in the voir dire.  Section 24 (2) of the Charter of Rights stipulates that when “a court concludes that evidence was obtained in a manner that infringed or denied any rights or freedoms” under the Charter, that evidence “shall be excluded if it is established that, having regard to all the circumstances, the admission of it in the proceedings would bring the administration of justice into disrepute.”

The result of the exclusion of evidence presented during the voir dire “was that there was no longer any evidence in the trial proper except the testimony of the civilian witness,” Justice Chicoine wrote.

Justice Chicoine allowed the crown appeal, set aside the acquittal and ordered a new trial.

That ruling was reversed – in a decision released in August, 2016 – by the Saskatchewan Court of Appeal. The crown applied for leave to appeal to the Supreme Court of Canada, which announced April 20, 2017 that leave to appeal is dismissed.

In 1992, a Delta, British Columbia police officer received a tip from Vancouver police (who in turn had received an anonymous tip through Crime Stoppers) that Robert Evans had marijuana in his home. About a week later, three officers went to the Evans home, knocked on the door and Robert Evans answered. Robert Evans was arrested after the officers allegedly smelled marijuana. In 1993, Robert and Cheryl Evans were convicted by a judge of the B.C. Supreme Court of possession of marijuana for the purpose of trafficking. The B.C. Court of Appeal upheld the conviction. Seven Supreme Court of Canada judges heard the Evans’ appeal and the majority dismissed their appeal.

In the Rogers ruling in 2016, Madam Justice Georgina Jackson of the Saskatchewan Court of Appeal quoted Mr. Justice John Sopinka in Evans.

“The implied licence to knock extends only to activities for the purpose of facilitating communication with the occupant,” Justice Sopinka wrote on behalf of himself and Justices Frank Iacobucci and Peter Cory, who found that the intentions of police is relevant in assessing whether the police actions are legal.

Justices Sopinka, Cory and Iacobucci found that although the Evans’ Charter rights were violated, the violation was not “particularly grave” and that excluding the evidence “would tarnish the image of the administration of justice to a much greater extent than would its admission. ”

In Rogers, Justice Jackson noted that the provincial court found that an Estevan police officer knocked on Rogers’ apartment door for the purpose of obtaining evidence against Rogers.

“If a trial judge finds on all of the evidence a police officer knocked on the door to a residence for the purpose of securing evidence against the occupant, the officer is conducting a search” within the meaning of section 8 of the Canadian Charter of Rights and Freedoms, which provides protection against unreasonable search and seizure, Justice Jackson wrote.

“This principle applies equally to drinking and driving offences as well as to other offences where observing the person opening the door will give visual, auditory and olfactory clues about the person’s participation in the crime under investigation,” Justice Jackson added.

1 Comment » for Police are conducting ‘search’ when knocking on door to investigate allegations of drinking and driving: Court