The Court of Appeal for Ontario has decided, in a divided ruling, that title insurance coverage would be “nullified” if one title insurer had its way on a claim.

In 2014, Karl Nodel agreed to lend a person $1.1 million. They dealt with each other through lawyers. 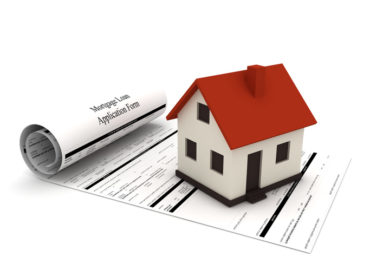 Nodel was planning to secure the loan by registering what is known under Ontario land title law as a “charge/mortgage” against property to which the borrower had title. It’s the same thing a bank would do when a buyer gets a mortgage from the bank.

Nodel’s lawyer got coverage, from Stewart Title Guarantee Company, for Nodel. That insurance covered losses arising from the invalidity or unenforceability of the mortgage on the title.

Nodel wired $1.089 million to his lawyer, who in turn wired $1.053 million to a trust account of the borrower’s lawyer.

It turns out it was not actually the property owner who had sought to borrow the money from Nodel, said Gavin Tighe, senior partner for law firm Gardiner Roberts, in an interview with Canadian Underwriter. Instead, it was a criminal impersonating the property owner.

Tighe was on the legal team that filed a subrogated claim – in Nodel’s name – by LawPro against Stewart Title.

LawPro provided errors and omissions insurance to Nodel’s lawyer. Nodel had sued his lawyer and they settled.

The borrower’s lawyer “disbursed the mortgage proceeds from his trust account to third parties,” wrote Justice Wendy Matheson, of the Ontario Superior Court of Justice, in a ruling released in 2017. Her ruling was against Stewart Title, which had argued that it should not have to provide coverage to Nodel.

So the charge/instrument registered against the property by Nodel’s lawyer was considered unenforceable, Justice Matheson wrote in her ruling.

There was an exclusion, in the policy provided by Stewart Title, if the proceeds of the insured mortgage are paid to any person or entity other than the registered title holder.

Stewart Title said the exclusion applied because Nodel did not pay the borrower but instead paid the borrower’s lawyer.

In her ruling released in 2017, Justice Matheson found that the phrase “are paid to” in the policy exclusion wording is ambiguous. Under the circumstances, to say the funds must be “paid to” the borrower does not necessarily mean that the payment must be made directly to the borrower, Justice Mathewson reasoned. In the context of a private mortgage loan, a payments made by a lawyer in trust – rather than directly from the borrower to the lender – is commercially sensible, she wrote.

Justice Matheson added that the insurance coverage in this case would be “nullified” if the money actually had to be received by the “approved party” since no fraud would occur if the right person got the money.

“What is being insured against is the possibility that money will be transmitted into the hands of a person, who is believed to be the registered title holder, but who is not, in fact, that person,” Justice Nordheimer wrote. “In this case, if the funds had been transferred or handed over to the imposter registered title holder, the insurance coverage would have applied. But that is not what happened. Rather, the money was handed over to a lawyer.”