If politicians get rid of territorial ratings, then what?

Ontario’s political parties have all expressed a desire at some point this year to eliminate territory as a rating factor for insurance premium, but none of the parties have been clear about how they would actually do it, an insurance expert warns. 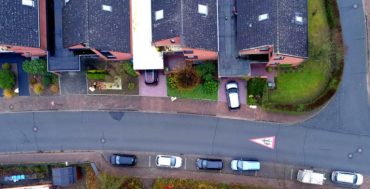 Prohibiting insurers from using territory as a factor in pricing auto insurance would leave driving record as the most important rating variable, Anne Marie Thomas, an insurance expert at insurancehotline.com, said in an interview with Canadian Underwriter Thursday. But that would be complicated by the fact that Ontario’s auto insurance system is no-fault.

Under Ontario’s no-fault system, the insurance company of a driver with a spotless driving record could still wind up paying a claim, even if that perfect driver were to be hit by someone with a poor driving record, as Thomas noted.

The premium of the driver not at fault in the above scenario would be unaffected by the specific claim. However, the claim would ultimately go to the bottom line of the insurer. So even a driver with a good record could indirectly experience a rate increase based on the overall claims experience of the insurer and the industry as a whole.

Before the election, the Ontario PC Party talked publicly about eliminating territory as a rating factor in costing premiums, although the party has not said much about this on the campaign trail. The Liberals and the NDP have stated in their party platforms that they would instruct the province’s regulator to prohibit insurers from using territory as a rating factor.

But rating an auto insurance risk by postal code is such an integral factor in determining auto insurance premium, it’s hard to know what the impact would be if it were removed, said Thomas. “I’m not even sure I know what it would even look like.”

None of Ontario’s political parties have done a full analysis of what would happen without territory as a rating variable, Thomas added. Assuming territory makes no difference, rural voters could end up seeing premium increases, even as rates for urban drivers decrease.

Also, it would not be clear how the collection of data for location-based risk would be affected going forward, she noted. Without postal code If postal codes were to be removed as a rating variable, the only data available on the location of the vehicle would be where the crash occurred.

Using postal codes, carriers can assess risk based on whether the vehicle is passing through areas where there may be a high frequency of collisions. They can also determine risk based on the severity of claims costs related to some locations – for example, claims costs may be higher in areas where an accident is expected to be more severe (a high-speed collision on a highway, for instance, would likely be more severe than a collision in a residential area with lower posted speed limits).

1 Comment » for If politicians get rid of territorial ratings, then what?