With the federal government preparing to legalize recreational marijuana by no later than July, politicians from the three major parties spoke Friday in favour of designating the third week of March National Impaired Driving Prevention Week. 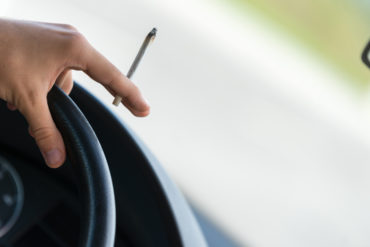 Motz made his comments during discussion of a motion to have the federal government “recognize the importance of educating Canadians about the consequences of impaired driving due to alcohol, drugs, fatigue or distraction,” and to designate the proposed impaired driving prevention week.

Debate on the motion is scheduled to resume Feb. 7.

Eighty per cent of Canadians surveyed by State Farm Canada in April 2017 said they were concerned about people driving under the influence of marijuana.

Motorists need advice from insurers on how much cannabis they can consume without getting too impaired to drive, Ontario Safety League president and chief executive officer Brian Patterson told Canadian Underwriter earlier.

“Lots of education is needed because many Canadians still believe that the impacts of marijuana and alcohol are the same, if not less, for cannabis,” Motz told the Commons Friday.

“It is now widely accepted that alcohol-impaired driving is wrong and that it causes considerable harm,” Cannings said. “However, as we move forward toward the legalization of cannabis, we must acknowledge that many individuals do not believe drug-impaired driving is quite so serious.”

If Bill C-45 is passed into law, it would be legal for adults to possess of up to 30 grams of recreational marijuana. Another government bill, C-46, proposes to give police the power to demand oral fluid samples from drivers at the roadside. Drivers with two to five nanograms of THC per millilitre of blood could face fines of up to $1,000; penalties for having more than 5 Ng per mL would be more severe.