A set of lawsuits arising from industrial properties allegedly polluted before the current owners bought them is making its way through the Ontario courts.

Risk managers at any organization owning or managing property should be aware of the liability from contamination caused by a previous user of that property, Calgary-based risk consultant Darius Delon told Canadian Underwriter earlier.

An Ontario judge rejected last week a claim by environmental consulting firm Contraction Control Inc. (CCI), which sought compensation arising out of the sale of a property that had been contaminated by pollution. CCI supplied an environmental assessment prior to the land purchase. 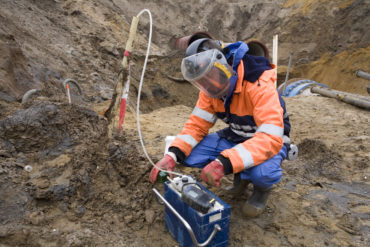 The main substance of the matter is still before the courts.

In May 2012, MVL Leasing Limited agreed to buy industrial property near the Ford auto assembly plant in Oakville, about 35 kilometres southwest of Toronto.

CCI did both Phase 1 and Phase 2 environmental assessments for MVL in 2012. In August, 2012 MVL completed its purchase of the Oakville properties. Two years later, MVL filed a lawsuit against CCI, alleging the property turned out to be contaminated.

The allegations against CCI, including professional negligence and breach of contract, have not been proven in court.

Meanwhile, CCI filed lawsuits against several companies that CCI alleges were prior owners of the allegedly contaminated properties that MVL bought. In essence, CCI wants the previous owners to pay CCI for any costs arising out of the lawsuit against CCI.

The allegations against previous owners have not been proven in court.

Specifically, Justice Diamond dismissed CCI’s lawsuits against Robertshaw Canada Inc. and L.H. Frost Limited, who are among the prior owners. Another prior owner named as a defendant by CCI is Supima Holdings Inc. A motion by Supima to have the lawsuit dismissed has been adjourned to December.

Ontario’s Environmental Protection Act lets plaintiffs who have suffered loss or damage as a result of pollution sue the owners of the pollutant or anyone having control of the pollutant.

Justice Diamond noted the EPA is based on the “polluter pays” principle. But the EPA “clearly restricts compensation claims to those whose damages have been directly caused by the spill of a pollutant,” Justice Diamond wrote. CCI does not own or occupy the property. Therefore, Justice Diamond reasoned, CCI’s potential loss from the lawsuit against it is not “directly caused” by the pollution.

Pollution is an issue for brokers placing property insurance, because anyone with control over a property has unlimited liability for clean-up orders. Those costs are normally excluded by commercial general liability insurance, but pollution liability products for this very risk is available from some carriers.

Directors and officers of former property owners can also be held personally liable for clean-up costs, but often those costs are not included in D&O liability insurance.