The governments of Canada and Ontario have announced a bilateral agreement that will make more than $1.1 billion in combined funding available under the new Clean Water and Wastewater Fund (CWWF). 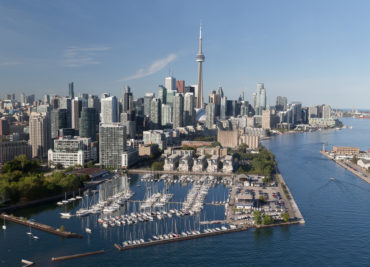 Amarjeet Sohi, the federal Minister of Infrastructure and Communities, and Bob Chiarelli, Ontario’s Minister of Infrastructure, announced the agreement on Wednesday. Under the agreement, the federal government is providing up to 50% of the funding, amounting to almost $570 million for projects, while the provincial government will invest almost $270 million. Municipalities, First Nations and local services boards will cover the remaining costs, the governments said in a joint press release.

Also announced was an initial list of 41 approved projects under the funding program, amounting to over $66 million in federal funding and over $33 million in provincial funding. The most significant of the funding was $32.5 million in federal funding and $16.25 million in provincial funding for a project to create a landmass around the current Essroc Quay in Toronto that will stabilize the area shoreline under flood conditions, the press release said. The Port Lands of Toronto “filling and naturalization” flood protection project is anticipated to start on Oct. 1.

Other projects will replace aging water mains and provide sanitary and storm water services in Barrie; retrofit work for ponds in Brampton to enhance water quality and control erosion; upgrade the main water line and build a new storm water treatment plant in Sudbury; improve the Hespeler wastewater treatment plant in Waterloo; and upgrade the snow disposal facility in Guelph. The last two projects include $3 million and $3.75 million in funding, respectively.