Pot firms have deficiencies in disclosures to investors, regulators say

TORONTO – Cannabis industry companies have several “deficiencies” in their disclosures to investors, including insufficient information in their financial statements, Canadian securities regulators say.

The Canadian Securities Administrators reviewed the disclosures of 70 public companies in the marijuana industry and found licensed producers often did not provide enough information for an investor to understand their performances. 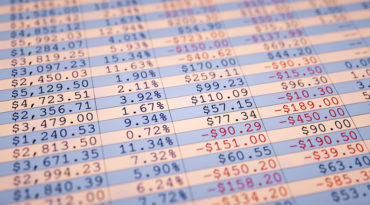 The umbrella organization of the country’s provincial securities regulators noted that 100 per cent of the licensed cannabis producers reviewed needed to improve disclosures regarding the fair value of their marijuana plants.

The accounting practice, in which a value is put on pot plants before they are harvested, has been criticized because it is confusing for investors and approaches differ among companies.

“The cannabis industry has benefited from increasingly permissive legal frameworks and has grown significantly as an emerging public market sector,” the CSA said in notice published Wednesday.

“Our review identified industry specific disclosure deficiencies, which are notable given the recent rapid growth of this industry.”

The CSA also noted that 74 per cent of publicly listed cannabis companies with operations in the U.S. – where marijuana is legal in some states but illegal at the federal level – did not provide sufficient disclosure about the related risks, as previously requested by the umbrella organization.

In a previous notice, the CSA said marijuana industry companies with U.S. operations would be allowed to list on Canadian exchanges if they made proper disclosures about certain risks given the drug’s murky legal status south of the border.

The notice seeking improvement in disclosures from cannabis companies comes one week before recreational marijuana is legalized across Canada on Oct. 17.

In the lead up to legalization, investor interest in the volatile sector has soared. Valuations of some cannabis companies now rival those of firms in more established industries.

For example, shares of Nanaimo, B.C.-based licensed producer Tilray Inc. rose as high as US$300 last month on the Nasdaq market – up from US$17 per share during its initial public offering in July.

The requirements outlined by the CSA will do much to improve investor understanding, said Mark Rosen, co-founder of independent research firm and forensic accounting firm Accountability Research Corp, who has voiced his concerns about industry accounting practices in the past

“This should help to improve comparability across companies, which helps for investing and valuation purposes,” he said. “Within the next year, the quality of the financial reporting of the LPs will become very relevant once the euphoria in the sector wears off, growth slows, and reality sets in.”

The CSA’s findings of “initial challenges” are not surprising, said Allan Rewak, the executive director of the Cannabis Council of Canada, which represents licensed medical marijuana producers.

“This is an entirely new legal industry and the valuation of biological assets can be a challenge for even the most savvy LP’s,” he said in an email. “The guidance and recommendations made in the report will help our members achieve and indeed exceed the highest disclosure rules possible.”

The CSA said its staff reviewed the disclosure of issuers that have varying levels of involvement in the industry and with operations in different countries.

“Where deficient disclosure was identified during our review, issuers either committed to prospective improvements or, when the deficiencies were pervasive, refiled certain documents,” the notice said.

With respect to licensed producers specifically, the CSA pointed to issues with fair value or fair value-related disclosures. Companies with agricultural activities, such as growing cannabis, are required to measure living plants at their fair value under IFRS accounting standards.

In turn, a licensed producer’s statement of profit and loss often includes unrealized fair value gains related to the growth of the plants before they are harvested or sold. The accounting practice has been criticized previously because it is confusing for investors and approaches differ among companies on how to apply the guideline.

The CSA found in its review that 71 per cent of licensed producers did not disclose these fair value amounts separately – instead, the adjustments were often embedded in the cost of goods sold.

As well, licensed producers were not providing enough information about how they calculated the fair value of their plants, also known as biological assets, the CSA said.

All the licensed producers reviewed had “deficient” disclosure, including not providing a description of the valuation techniques and processes used, CSA said.

“Growing cannabis plants may progress through various stages prior to harvest, requiring management to make judgments at each financial reporting date,” the CSA said. “Investors should be able to understand these judgments.”