The federal government’s push to legalize recreational marijuana is raising concerns within the insurance industry about commercial auto safety and eliciting calls for random drug testing among commercial drivers. 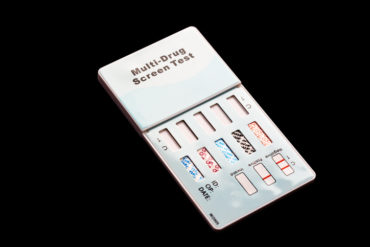 Once marijuana is legal, this will “have an impact on the balance between privacy and safety in the workplace,” Linda McKay-Panos, a University of Calgary law instructor, wrote Jan. 3 in a post to the CanLII Connects website.

She was referring to an Alberta Court of Queen’s Bench injunction, released Dec. 7, prohibiting Suncor Energy Inc. from testing workers in safety sensitive positions in the Fort McMurray area for drug and alcohol impairment. A union representing some Suncor workers is arguing that random drug and alcohol testing violates workers’ privacy.

“I used to own a trucking company so I had many drivers – if they didn’t pass the drug test in the U.S., they would just drive in Canada,” Barge said. “That’s scary.”

Bill C-46, currently before a Senate committee, should be amended to mandate drug testing for commercial passenger vehicle operators, as well as for pilots and train operators, Senator Claude Carignan told the upper chamber this past December.

Bill C-46 is a “companion” piece legislation to Bill C-45, tabled last year, which proposes to legalize possession of up to 30 grams of Cannabis. Bill C-46 would, among other things, give police the power to use roadside drug screeners where the police have reasonable suspicion that a driver has drugs in his or her body.

Insurers will have to give some guidance to motorists on how much marijuana drivers can smoke without getting too impaired to drive, Ontario Safety League president and CEO Brian Patterson told Canadian Underwriter earlier. He was commenting in general on the Cannabis Act and not on the Suncor ruling.

“You’ve got people working and their employment may be tied to the fact that they maintain a zero level with respect to drug impairment,” Patterson said. “Insurers have often been the lead support for impaired driving messaging.”

The ruling against Suncor is part of an ongoing legal battle between Unifor and the employer. Suncor announced random drug and alcohol testing in 2012. A provincial labour arbitration board ruled in 2014 that this violated workers’ privacy rights. Suncor sought judicial review and in 2016, a judge with the Court of Queen’s Bench remitted the issue back to arbitration before a fresh panel. That ruling was upheld in a decision released in September 2017, by the Alberta Court of Appeal.

In his decision released Dec. 7, Justice Paul Belzil of the Court of Queen’s Bench granted Unifor its application for an injunction. Belzil stated that if he were to deny the injunction, then Suncor could randomly test workers for impairment “without the benefit of arbitration considering all of the evidence.”