Insurers and brokers looking for new opportunities should consider covering a mining firm’s legal obligation to restore a site once the operation has closed.

“In the Canadian market there is probably an emerging opportunity on this front,” Ben-Schoeman Geldenhuys, a partner with Deloitte Canada who advises clients on mining-related tax matters, said in a recent interview. He is referring to insurance that covers at least some of the cost of site rehabilitation if a mine closes earlier than anticipated. 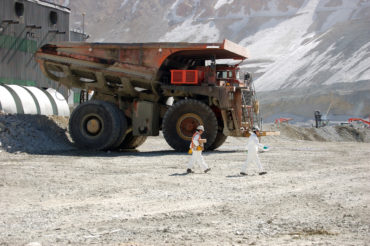 “How widely available these products are – that is up for debate,” said Juanita Pretorius, Toronto-based manager for Monitor Deloitte, which advises clients on business strategy and transformation. “It seems as if we can safely say it’s not widely available [in Canada.]”

Pretorius spoke this past November on a panel on environmental rehabilitation liabilities at the Global Mining Risk and Insurance Conference, held in Toronto by the Mining Insurance and Risk Association.

During the panel, an audience member claimed rehabilitation insurance is available in Canada. But others have told Monitor Deloitte it is not, Pretorius told Canadian Underwriter in an interview.

Insurance would not normally cover the entire cost of rehabilitating land after a mine closure, said Pretorius.

Regulators expect a mining company to have assets set aside so it can put the site back to its natural state after it closes. Insurance covers unexpected events. So an insurer would not cover the cost of rehabilitating a mine site that closes unless it closed earlier than anticipated.

If a mine closes earlier than anticipated, the cost of rehabilitation would be a combination of the company’s own assets and insurance coverage, said Pretorius. Essentially, the sooner the mine closes, the higher the insurance claim and the less the firm pays from its own assets, Deloitte notes.

“With the right degree of education and understanding, you will probably find that these products could actually start fulfilling a very special function in the mining environment,” Geldenhuys said of rehabilitation coverage.

So should brokers be asking clients if they would buy this type of product? And should they be looking for insurers who offer it?

Every jurisdiction has laws requiring mining firms to put forward some kind of financial guarantee so it can rehabilitate the land, said Geldenhuys.

In Ontario, this could be a letter of credit, which is a document issued by a bank agreeing that the bank will pay money to someone on behalf of the mining firm if certain events take place. Ontario regulation provides that the financial assurance could also be in the form of a surety bond.

Ontario has laws governing the closure of active mines as well as sites where mining companies have dug to explore for minerals. After those sites are closed – and the operators have removed buildings and infrastructure – the operators must restore vegetation and surface water features to a state that is as close as possible to what it was like before the mining or exploration took place.

Whether financial assurance for mining rehabilitation will be covered by insurance depends on how receptive the communities and regulators are, Geldenhuys suggested.

Deloitte was talking to the chief financial officer of a firm hoping to build a mine in an indigenous community. But the community would not accept a letter of credit from a bank as assurance that the site would be rehabilitated. They would only accept cash, Pretorius recounted.

“There have been unfortunately instances where bad practices prevail,” said Geldenhuys.